What does Eartha mean?

[ 2 syll. ea-(r)(t)ha, ear-tha ] The baby girl name Eartha is pronounced -ER-THaa †. Eartha is of English origin, and it is predominantly used in the English and Gaelic languages. The name is of the meaning 'earth'. The name is derived from the English word with an '-a' suffix. It could have arisen from the tradition of naming a baby for Mother Earth's protection after the death of previous siblings in childbirth. The name has long been used by African Americans, and it is most famous from the singer Earth Kitt (1927-2008).

Ertha (English variant spelling) is another form of Eartha.

Eartha is an uncommon baby name for girls. At the modest height of its usage in 1939, 0.006% of baby girls were given the name Eartha. Its ranking then was #821. The baby name has since fallen in popularity, and is of only very light use today. Within all girl names in its group, Eartha was nonetheless the most popular in 2018. 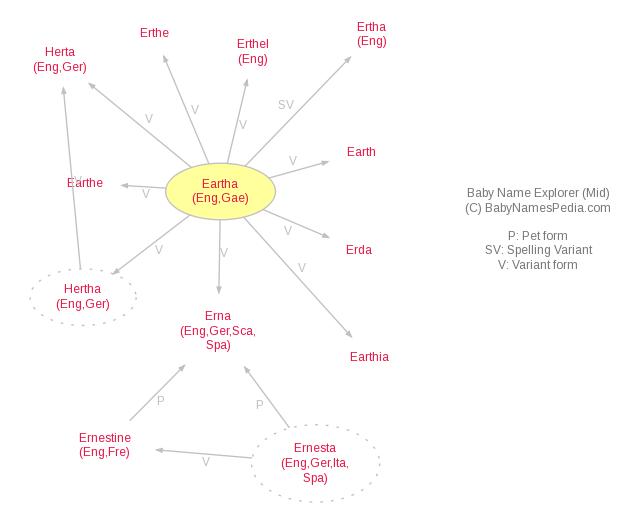