What does Ebony mean?

[ 3 syll. e-bo-ny, eb-ony ] The baby girl name Ebony is also used as a boy name, though it is far more popular for girls. It is pronounced as EH-BehN-iy- †. Ebony is of English origin and it is also used mainly in English. It is from ebony ; ebenius meaning 'black wood' ; ebenos 'black wood' ; hbnj. The first name is derived from the English word referring to black wood, which is itself from the Late Latin ebenius, the Old Greek ebenos, and ultimately the Egyptian hbnj. It was first used in the 20th century, in allusion to the beauty and the value of black wood. It was popular mainly among Afro-Americans, especially from the 1970s to the 1990s.

Ebony is unusual as a baby girl name. Its usage peaked modestly in 1982 with 0.126% of baby girls being named Ebony. It had a ranking of #132 then. The baby name has fallen out of favor since then, and is of only irregular use today. Among all girl names in its family, Ebony was nevertheless the most popular in 2018. Ebony has in the last century been mainly given to baby girls. 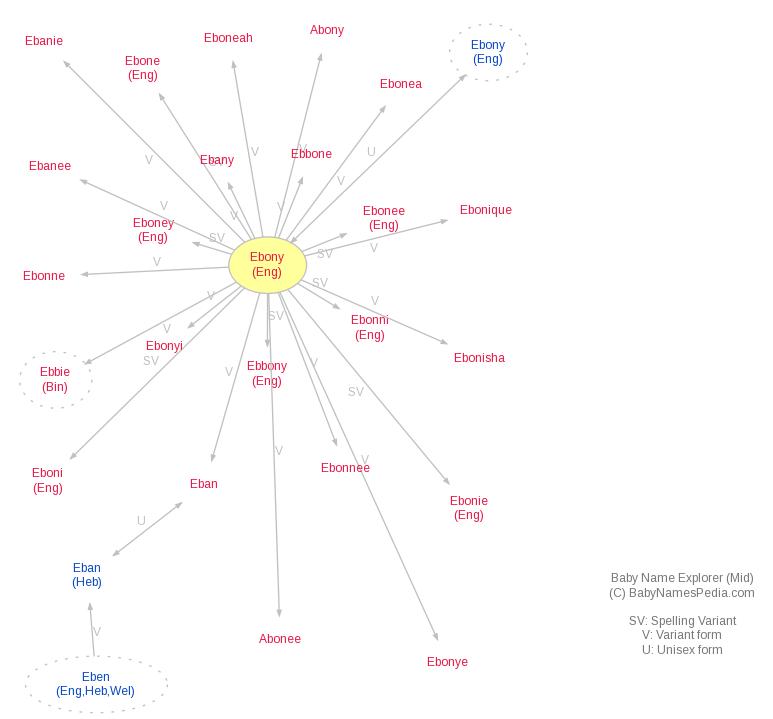