What does Eda mean?

Eda's language of origin is Old French, Old English, Hebrew, Germanic, and it is predominantly used in English and German. From the short form of other given names, but now used as an independent name in its own right.

Variations of Eda include Edah and Edalene (English).

The origin and meaning of Eda is inherited by all variant forms.

Eda's origin and use are both in the Turkish language. The meaning here is well-mannered.

In addition, Eda is a variation of Aida (English, African, Arabic, Italian, and Spanish).

Eda is also a diminutive form (English, German, and Polish) of Edith (English and German).

Eda is also a variation (Polish and Spanish) of Hedwig (English and German).

Eda is rare as a baby name for girls. At the modest peak of its usage in 1902, 0.011% of baby girls were given the name Eda. Its ranking then was #583. The baby name has since suffered a marked fall in popularity, and is now of irregular use. Out of the group of girl names directly linked to Eda, Edith was the most frequently used in 2018. 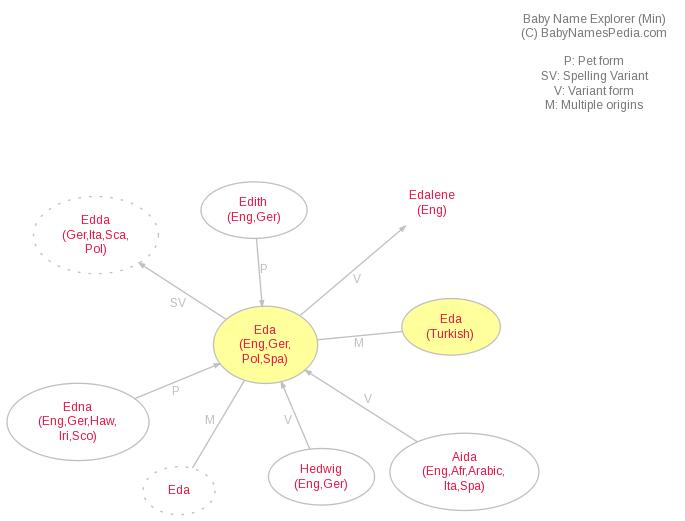