What does Edelmira mean?

[ 4 syll. e-del-mi-ra, ed-elm-ira ] The baby girl name Edelmira is pronounced eh-DehL-MIY-Raa- †. Edelmira has its origins in the Sanskrit and Germanic languages. It is used largely in Spanish. From Germanic roots, its meaning is 'nobly famous'. It is a two-element name derived from adal and meri with the meanings 'noble, honorable' and 'great, famous' respectively.

In addition, Edelmira is a form of the Arabic, English, and Spanish Almira in the Spanish language.

Edelmira is the feminine form of the German Adelmar.

Forms of the name include the English and Spanish Delmira and the Spanish Edelira.

Edelmira is not often used as a baby girl name. It is not in the top 1000 names. 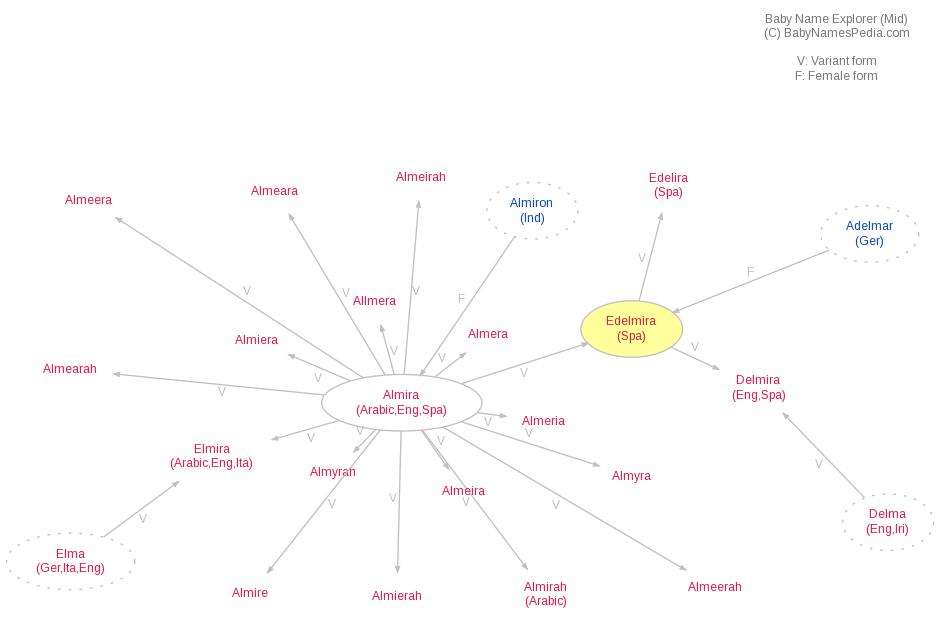