What does Edison mean?

[ 3 syll. e-di-son, ed-is-on ] The baby boy name Edison is pronounced as EH-Dih-SahN †. Edison is of English origin and it is also used largely in the English language. The name's meaning is 'son of Edward'. Its meaning is from the element son. The first name is derived from the English surname, which is well-known from the inventor Thomas Edison (1847-1931).

Edison is fairly popular as a baby name for boys, and it is also considered rather trendy. The name has been growing in popularity since the 2000s. Its usage peaked modestly in 2018 with 0.027% of baby boys being given the name Edison. It ranked at #536 then. Among all boy names in its group, Edison was the 2nd most popular after Edward in 2018. It was used 4 times more than Edison in that year. 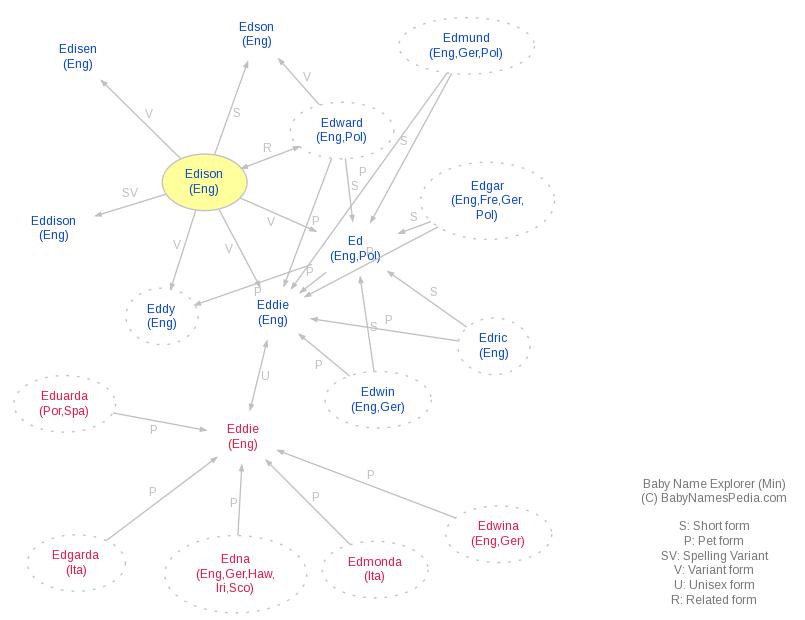