What does Eduarda mean?

[ 4 syll. e-duar-da, ed-ua-rda ] The baby girl name Eduarda is pronounced eh-Duw-AA-RD-ah †. Eduarda has its origins in the Old English language. It is used largely in Portuguese and Spanish. The name Eduarda means 'guardian of riches'. It is a two-element name derived from ead and weard with the meanings 'wealth, blessed' and 'warden, guard' respectively. Eduarda is the feminine form of the English and Polish Edward.

Eduarda has 12 forms that are used in English and foreign languages. English forms of the name include Eduardea, Eduardia, Eduardina, Eduardo, Eduardyna, Edwarda, Edwardea, Edwardia, Edwardina, and Edwardyna. Another English form is the diminutive Eddie. The Italian Edoarda is a form of Eduarda that is used in foreign languages.

Eduarda is not popular as a baby girl name. It is not in the top 1000 names.

Baby names that sound like Eduarda include the names the name Ateret and the name Eduardo. 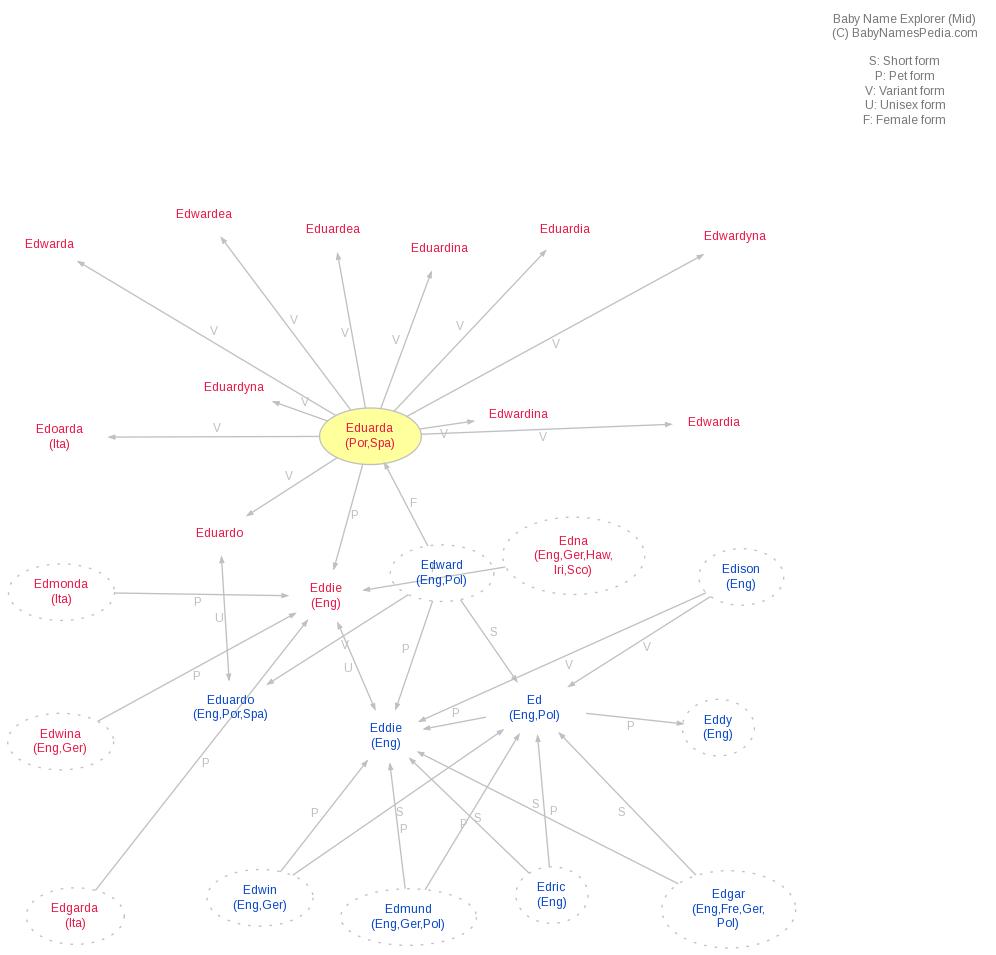