What does Edwin mean?

[ 2 syll. e-dwi(n), ed-w-in ] The baby boy name Edwin is pronounced as EHDWihN †. Edwin is used predominantly in the English and German languages, and it is derived from Old English origins. The name is of the meaning rich friend, friend of riches, blessed friend. A two-element name, it is derived from the elements 'ead' meaning wealth, blessed ; 'wine' friend. Eadwine (Old English) is an old form of Edwin. The name was borne by a 7th-century Northumbrian king and convert of Saint Paulinus; he was martyred in a battle against pagans and thereafter venerated as a saint. The name was therefore popular in the medieval period, but its use declined after the Norman Conquest. It later saw a revival in the 19th century along with other historical names. In literature, it has been borne by the central characters of Charles Dickens' last novel The Mystery of Edwin Drood (1870) which was unfinished at the time of Dickens' death, as well as Arnold Bennett's Clayhanger trilogy (1910-1918). The name Edwina (English and German) is the female version of Edwin.

Edwin is a classic favorite. Today it is still fairly popular as a baby name for boys, though not to the extent it was before. At the modest peak of its usage in 1915, 0.358% of baby boys were given the name Edwin. Its ranking then was #53. The baby name has since experienced a loss in popularity, and is currently of occasional use. In 2018, its usage was only 0.052% and its ranking #332, but it was nonetheless the most popular out of all boy names in its group. In 2018, Edwin was thrice as popular as the subsequent ranked name, Eddie. 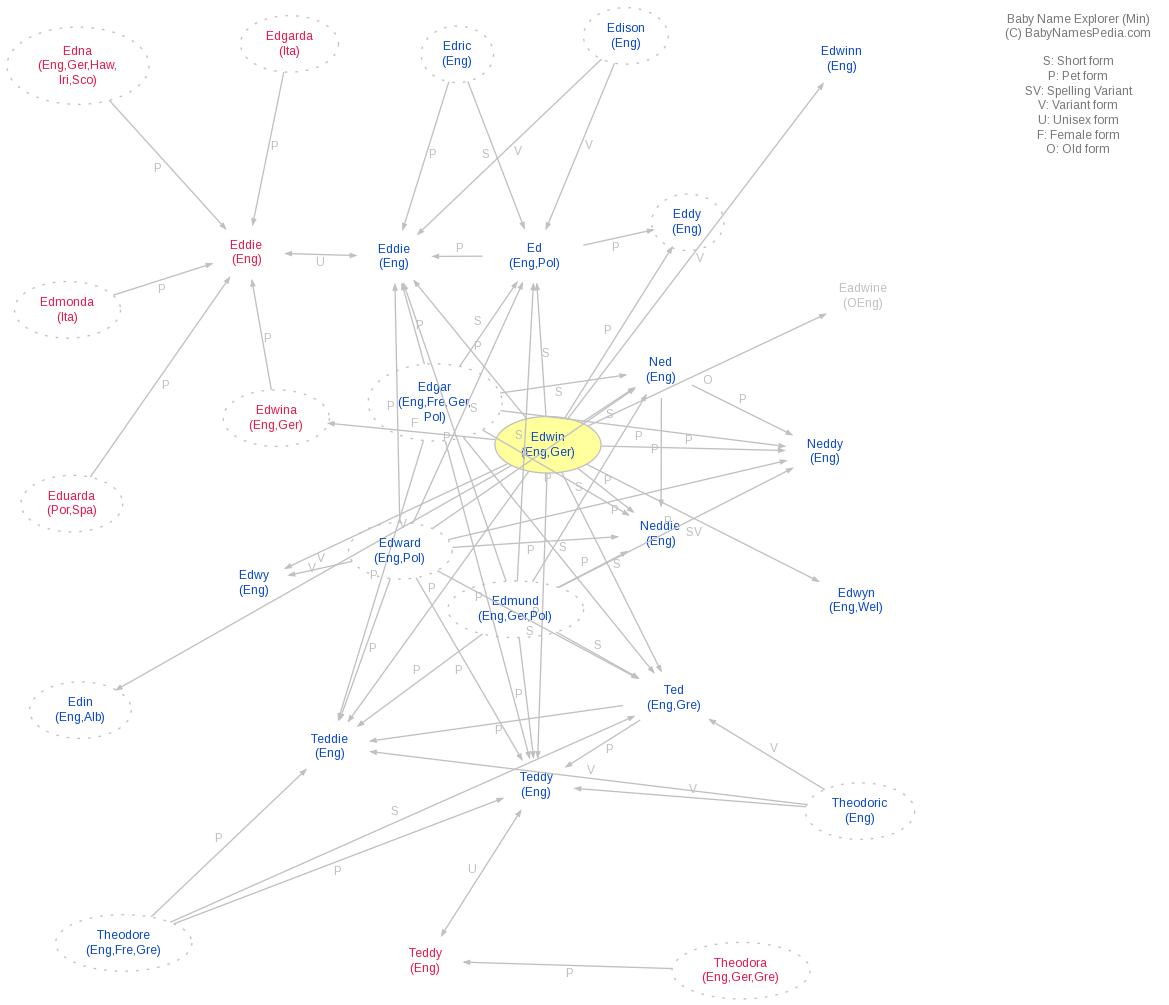