What does Edwina mean?

[ 3 syll. e-dwi-na, ed-w-ina ] The baby girl name Edwina is pronounced ehDWIY-N-ah †. Edwina's language of origin is Old English. It is predominantly used in English and German. The name Edwina means 'rich friend, friend of riches, blessed friend'. It is a two-element name derived from ead and wine which are of the meanings 'wealth, blessed' and 'friend' respectively. The name first appeared with the revival of the name Edwin in the 19th century; it is today most commonly used in Scotland. It was made known by Lady Edwina Mountbatten (1901-1960), who was named in honor of the family friend, Edward VII. Edwina is the feminine form of the English and German Edwin.

Edwina has 25 forms that are used in English and foreign languages. English forms of the name include Eadwina, Eadwine, Eadwyna, Eady, Eddea, Eddee, Eddey, Eddi, Edweena, Edwenna, Edwinna, Edwinne, Edwyn, Edwyna, Edwynn, Edwynna, and Edwynne. Other English forms include the diminutives Eddie, Eddy, Ina (also used in Dutch and Japanese), and Winnie, and the spelling variant Edwena. Forms used in foreign languages include the Hungarian Edina, the German Edvina, and the German Edwine.

Edwina is an uncommon baby girl name. At the modest height of its usage in 1943, 0.025% of baby girls were named Edwina. It had a ranking of #378 then. The baby name has fallen from favor since then, and is used only on a very light scale today. Within all girl names in its family, Edwina was nevertheless the most regularly used in 2018. 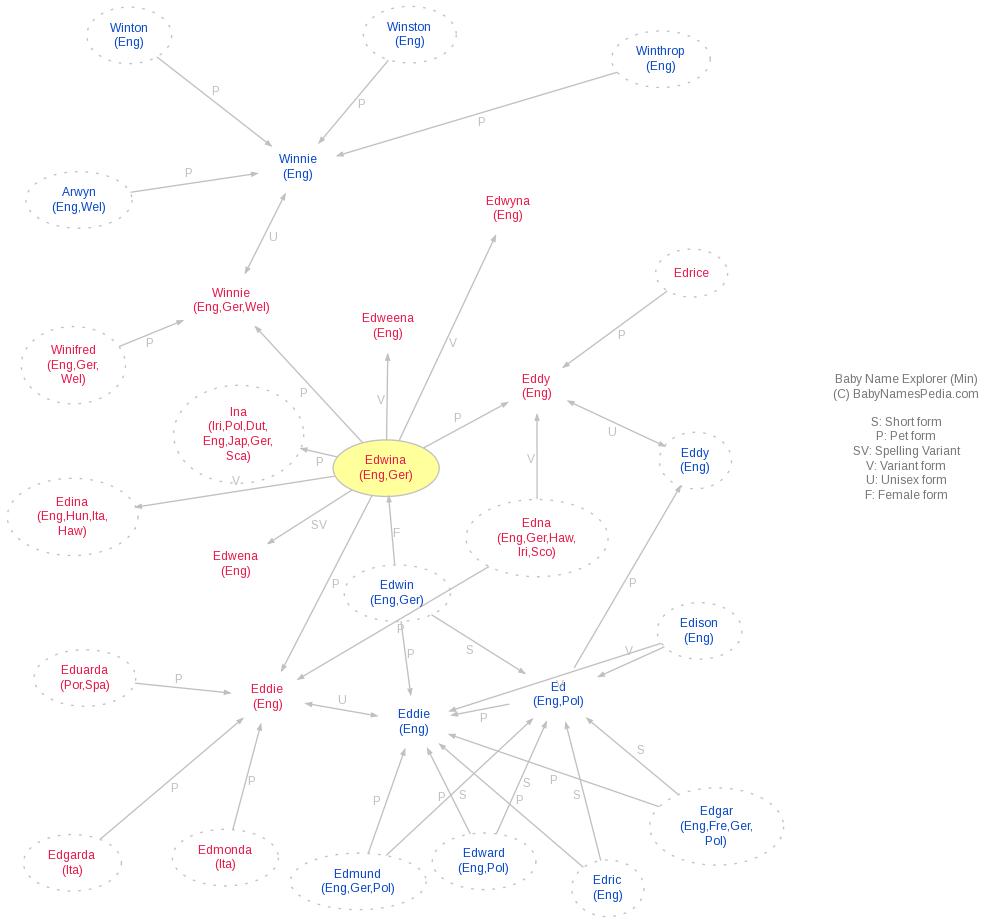