What does Egle mean?

Egle has its origins in the Old Greek language and it is used largely in Italian. It is derived from the word aigle which is of the meaning 'brightness, splendor'. Aegle (Latin) and Aigle (Old Greek) are old forms of the name. The name Aegle was borne in Greek mythology by several characters - one of the Hesperides, one of the Heliades, as well as a Naiad.

Egle's origin and use are both in the Lithuanian language. It is derived from the word egle which is of the meaning 'spruce, fir tree'. The name was borne in Lithuanian mythology by the Queen of Serpents, or the Queen of Grass Snakes.

Egle is an uncommon baby girl name. It is not in the top 1000 names. 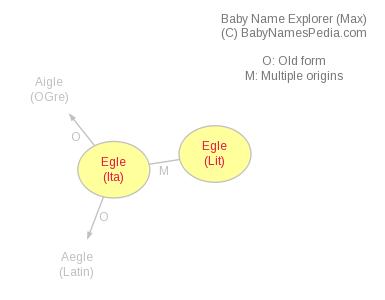