What does Eir mean?

[ 1 syll. ei(r), eir- ] The baby girl name Eir is pronounced as AYR †. Eir is primarily used in English. Its language of origin is Old Norse and Welsh. From Old Norse roots, its meaning is norse goddess of medicine.

In addition, Eir is a form of the English, Finnish, and Welsh name Eira. 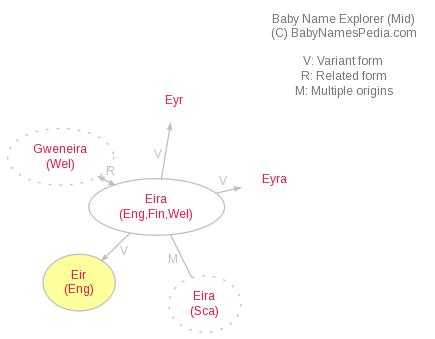