What does Eira mean?

Eira is used predominantly in English, Finnish, and Welsh, and its origin is Welsh. It is derived literally from the word 'eira' which is of the meaning snow.

Eir, Eyr, and Eyra are variations of Eira.

Eira's language of origin is Old Norse and it is predominantly used in the Scandinavian language. The first name is derived from the name of the Norse goddess of medicine.

Eira is a rarely used baby name for girls. It is not listed in the top 1000 names. 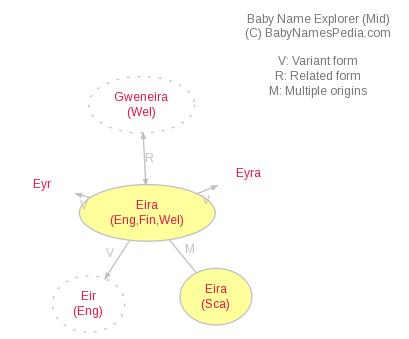