What does Eldred mean?

[ 2 syll. el-dred, eld-r-ed ] The baby boy name Eldred is pronounced as EHLDReh-D †. Eldred is used predominantly in the English language and it is derived from Old English origins. The name's meaning is old and established counsel. The first name is derived from the English surname, which is itself from Ealdraed (Old English) and ultimately the elements 'eald' and 'raed' (meaning counsel, advice). The name was borne by the last Anglo-Saxon bishop of York (-1069). It was a common medieval name, and it later saw a revival in the 19th century. The name Eldreda (English) is the female version of Eldred.

Eldred is rare as a baby name for boys. At the modest peak of its usage in 1917, 0.012% of baby boys were given the name Eldred. It ranked at #531 then. The baby name has since markedly declined in popularity, and is currently of very light use. Out of all boy names in its group, Eldred was nonetheless the most frequently used in 2018. 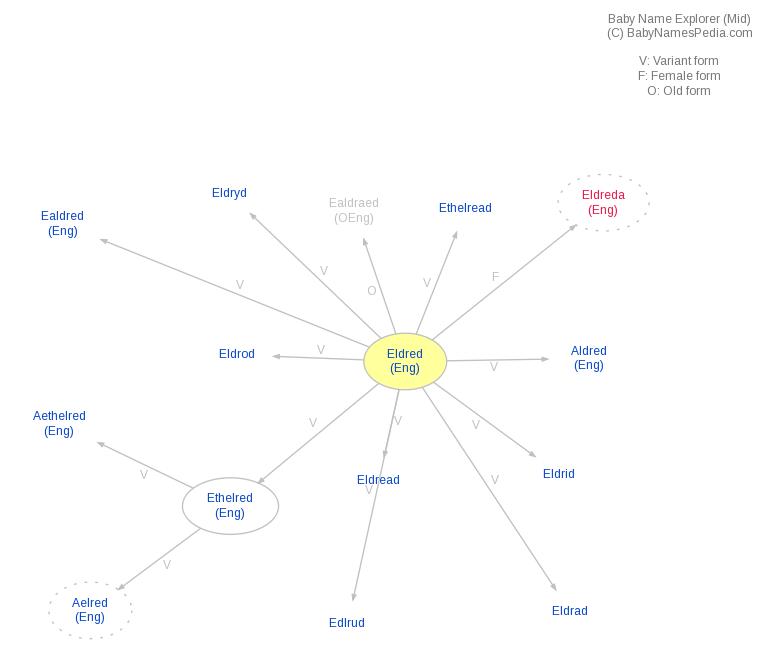