What does Electra mean?

[ 3 syll. e-lec-tra, el-ect-ra ] The baby girl name Electra is pronounced ah-LEHKT-Rah in English †. Electra has its origins in the Old Greek language. It is used largely in the English and Spanish languages. Older forms of Electra include Electra (Old Greek) and Elektra (Old Greek). The name is derived from the related Greek words elektor (meaning 'brilliant, shining') and elektron. The Greek elektron was used to name electricity, which was first generated by rubbing amber. The name was borne in Greek mythology by Electra, the heroine who took revenge for her father Agamemnon together with her brother Orestes, by slaying his mother Clytemnestra and her lover Aegisthus.

Electra is not frequently used as a baby girl name. It is ranked outside of the top 1000. 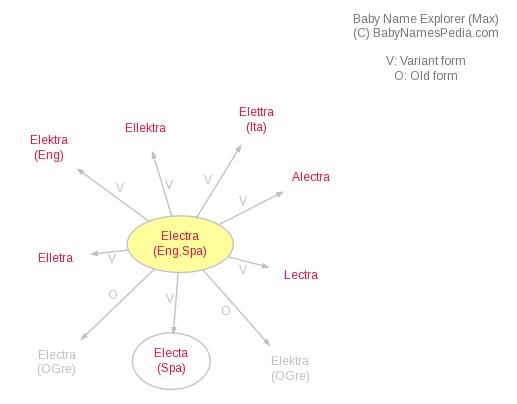