What does Elian mean?

Elian is used predominantly in the English, Spanish, and Welsh languages, and its origin is Latin. The name is derived from an alteration of Aelianus (Latin), Elianus (Latin) or Helianus (Latin), which are ultimately of the Greek 'helios'. The name Eliana (English, German, Hebrew, Italian, Portuguese, and Spanish) is the female version of Elian.

Both the origin and meaning of Elian is inherited by all variant forms.

Elian is used predominantly in the English language and it is derived from Welsh origins. The meaning here is fawn, hind. Saint Elian ap Erbin was a Celtic saint, possibly legendary, in the 5th or 6th century. The baby name was recently made known by the Elian Gonzalez affair in 2000 involving the young Cuban boy Elián González (1993-); in his case, he was named after a blend of his parents' names Elizabeth and Juan.

The name Elián (Spanish) is a variation of Elian.

In addition, Elian is a variant of the name Elijah (English and Hebrew).

Elian is rather popular as a baby boy name, and it is also considered trendy. The name's popularity has been rising since the 2000s. At the modest peak of its usage in 2018, 0.040% of baby boys were given the name Elian. It had a ranking of #411 then. In 2018, out of the family of boy names directly linked to Elian, Elijah was the most commonly used. It was 17 times more popular than Elian in that year. 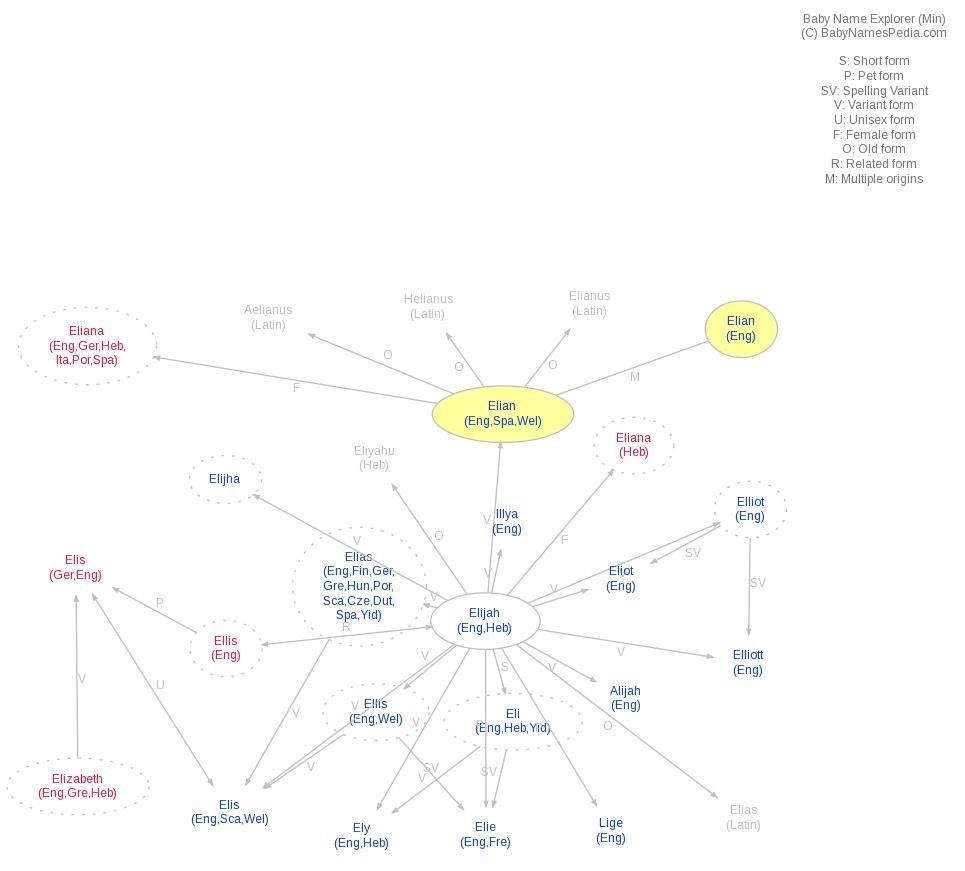