What does Eliana mean?

Eliana's origin is Latin, and its use, English, German, Hebrew, Italian, Portuguese, and Spanish. Older forms of the name include Aelia (Latin) and Aeliana (Latin). The name is either from the Latin Aeliana, which is ultimately of the Greek helios, or else it could be of Hebrew roots. The Roman family name Aelianus gave rise to the feminine Aeliana, which later became Eliana and was made known via the cult of Saint Eliana, an early minor martyr in Pontus. Eliana is the feminine form of the English, Spanish, and Welsh Elian.

Variant forms share both the origin and meaning of the name Eliana.

Eliana's origin and use are both in the Hebrew language. The meaning here is 'my God is Yahweh'. It is from el which means 'God, powerful' ; yahweh 'name of God'. The name is derived from Elijah, which is of the elements 'el' and yahweh. Eliana is the feminine form of the English and Hebrew Elijah.

A form of the name is the French and German Eliane.

See also the related forms, the Italian Elio, the Dutch, English, and Scandinavian Ellen, and the English Helen.

Eliana is popular as a baby girl name, and it is also regarded as trendy. The name has been rising in popularity since the 1990s. At the modest peak of its usage in 2018, 0.183% of baby girls were named Eliana. It was #83 in rank then. Out of all girl names in its family, Eliana was the most popular in 2018. Eliana was twice as popular as the 2nd most popular name, Elliana, in that year. 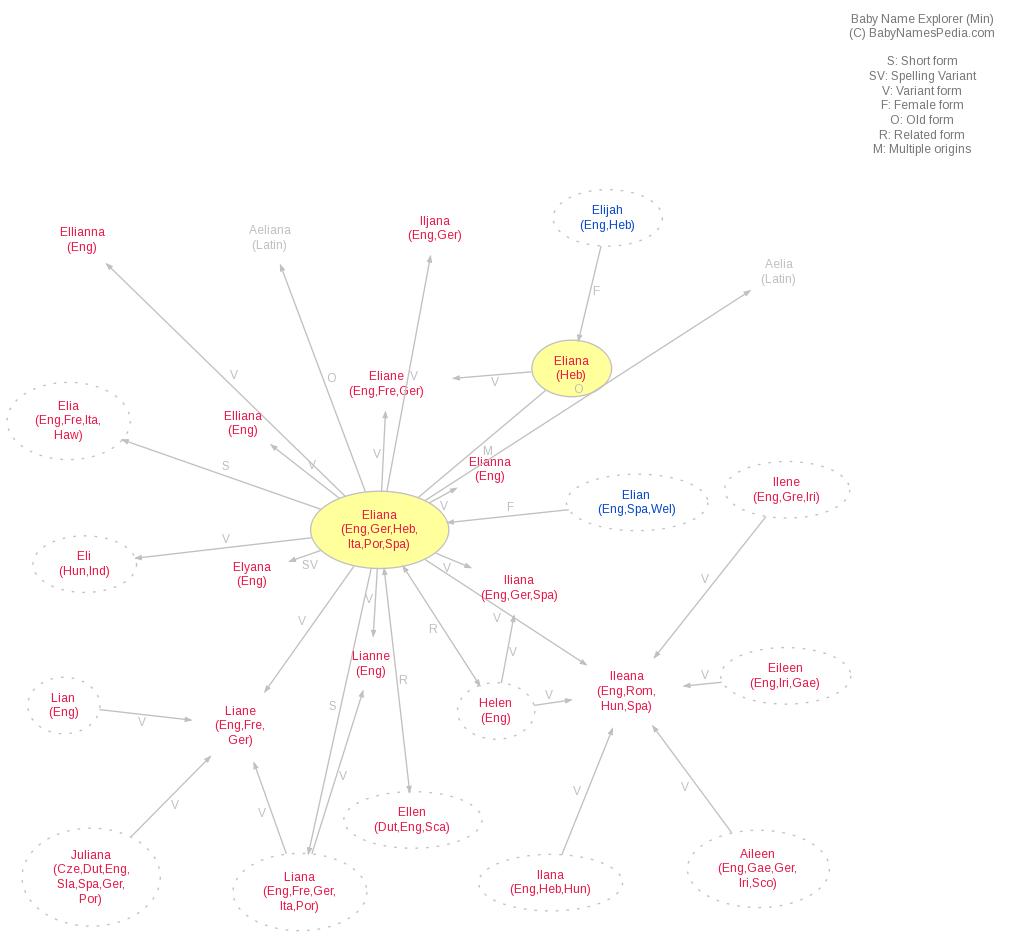