What does Elias mean?

[ 3 syll. e-lias, el-i-as ] The baby boy name Elias is pronounced as eh-LIY-aaS (German) †. Elias is largely used in the English, Finnish, German, Greek, Hungarian, Portuguese, Scandinavian, Czech, Dutch, Spanish, and Yiddish languages, and its origin is Hebrew and English. From Hebrew roots, its meaning is my God is Yahweh - in this context, Elias can be used in the English, Finnish, German, Greek, Hungarian, Portuguese, and Scandinavian languages. A biblical name, it is derived from the elements 'el' meaning God, powerful ; 'yahweh' name of God. Elie (Old French) is an old form of Elias. The name is used as the Greek cognate of Elijah in the Bible. It was adopted by 17th-century English Puritans but it declined in use by the end of the 19th century. It is well used in various continental countries such as Finland. The Romanian form Ilie is famous from the tennis player Ilie Nastase (1946-).

Elias is an English, Finnish, German, Greek, Hungarian, Portuguese, and Scandinavian variant of the name Elijah (English and Hebrew).

The name Ilinca (Romanian) is the female equivalent of Elias.

The name Elias is widely used; it has 22 variants that are used in English and other languages. Variants used in English include Elia, Eliasz, Eliaz, Elice, Elis (used in Scandinavian and Welsh as well), Eliyas, Ellias, Ellice, Ellis, Ellyce, Elyas, Elyes, and Lincha. The contraction Eli (used in Hebrew, and Yiddish as well) is another English variant.

Elias is a popular baby name for boys, and it is also viewed as trendy. The name's popularity has been rising since the 1940s. At the modest peak of its usage in 2018, 0.275% of baby boys were given the name Elias. Its ranking then was #67. Out of all boy names in its group, Elias was the 3rd most popular after Elijah and Eli in 2018. The name was twice as popular as Elias in that year. 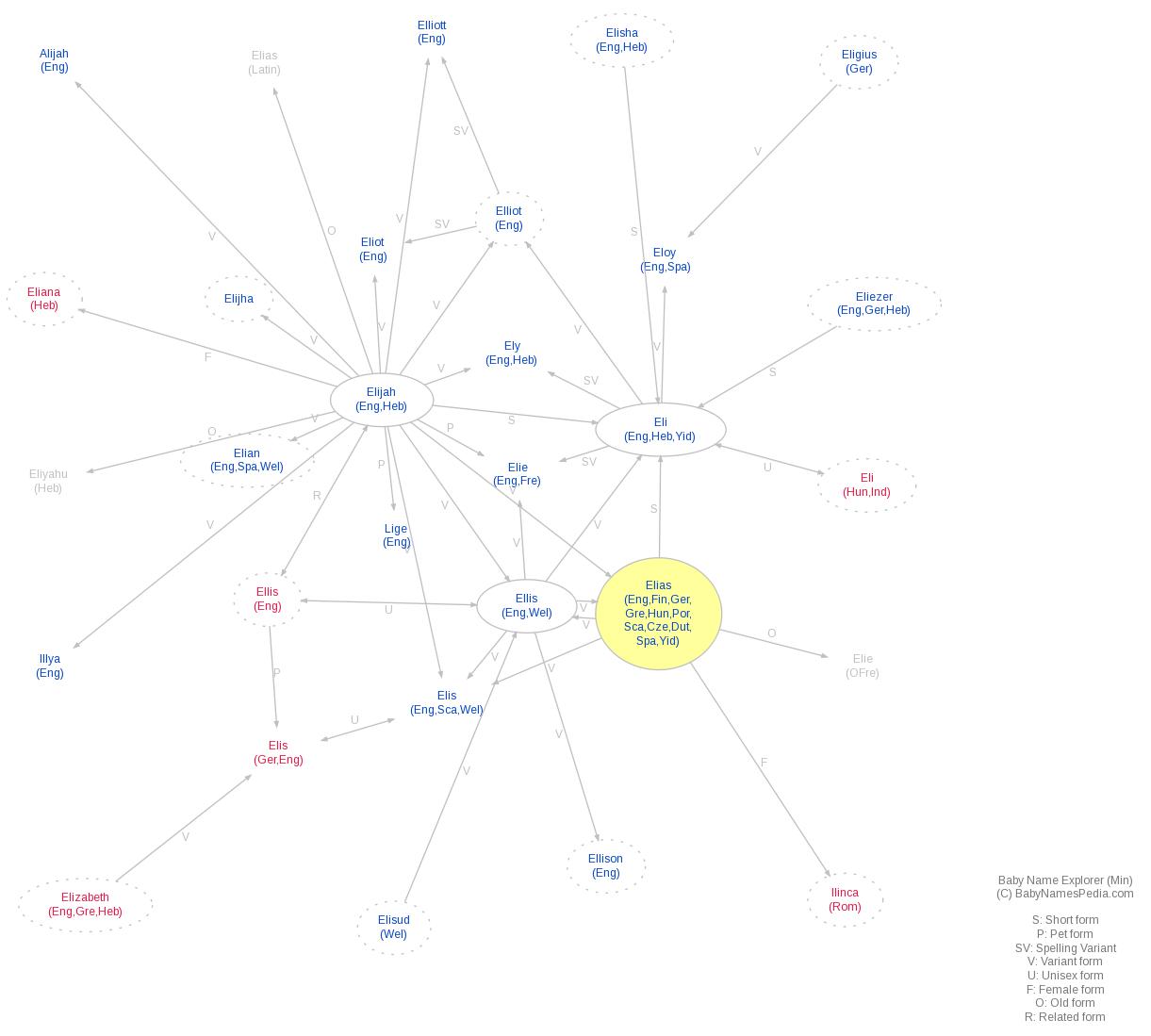