What does Elise mean?

[ 2 syll. e-li-se, el-ise ] The baby girl name Elise is pronounced ih-LIYS or ih-LIYZ in English or eh-LIY-Zah in German †. Elise is of Germanic and Hebrew origin. It is used mainly in the German, Dutch, English, French, and Scandinavian languages.

Elise is a German variant transcription of Alice. 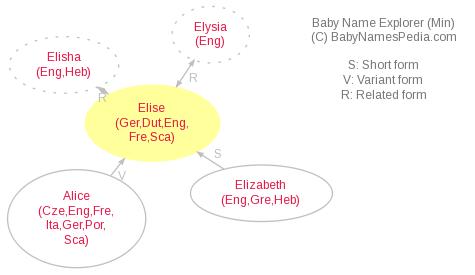