What does Elkanah mean?

[ 3 syll. el-ka-nah, elk-an-ah ] The baby boy name Elkanah is pronounced as ehL-KEYN-ah in English †. Elkanah is used chiefly in the English language and it is derived from Hebrew origins. The name's meaning is God has created, God has bought, God has possessed, God is zealous. A biblical name, it is derived from the elements 'el' meaning God, powerful ; 'kanah'. The name was borne in the Bible by the father of Samuel the prophet. It was consequently adopted by English Puritans in the 17th century. The name Elke (Dutch, Frisian, German, Yiddish, and Hebrew) is the female form of Elkanah.

Elkanah has 15 variants that are used in English and other languages. Variants used in English include Elkanna, Elkannah, Elken, Elkin, Elkon, Elkun, Elkyn, Ellkan, Ellkanna, Ellken, Ellkin, Ellkon, and Ellkyn. The short form Elkan (used in Yiddish as well) is another English variant. A variant of Elkanah in other languages is Elkana (Hebrew).

Elkanah is infrequently used as a baby name for boys. It is not listed in the top 1000 names. 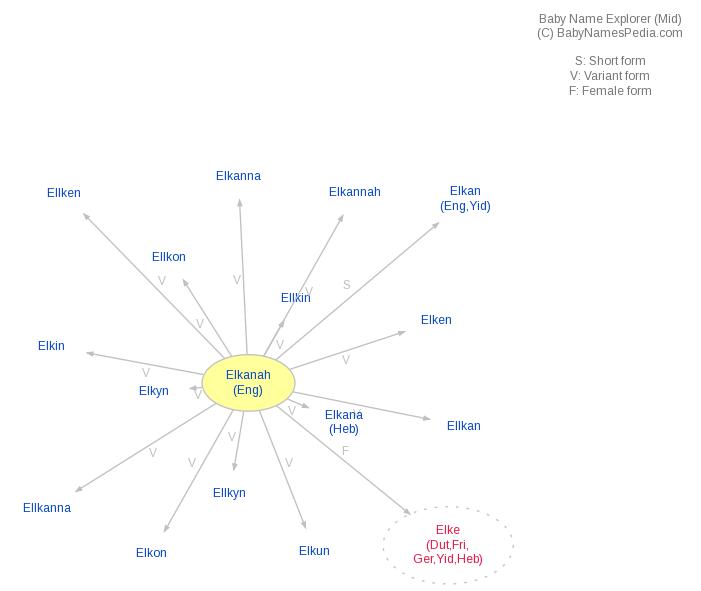