What does Ellery mean?

Ellery's language of origin is English and it is also predominantly used in the English language. The name means 'cheerful'. The first name is either derived from the English surname Hilary, or else it could be of Old English roots. It made its appearance as a first name at the start of 20th century; it was then made known by Ellery Queen, the pseudonym and fictional character used by two American cousins, Frederic Dannay (1905-1982) and Manfred Bennington Lee (1905-1971), to write detective fiction.

Ellery's origin is Old English. Here, it means 'from the alder grove'. It represents the transferred use of the geographic name as a given name.

Ellery is a variant of Hilary (English).

Ellery is unusual as a baby name for boys. Its usage peaked in 1908 with 0.005% of baby boys being named Ellery. It ranked at #967 then. The baby name has since experienced a decline in frequency, and is used only on a very modest scale today. Among all boy names in its group, Ellery was nevertheless the most regularly used in 2018. 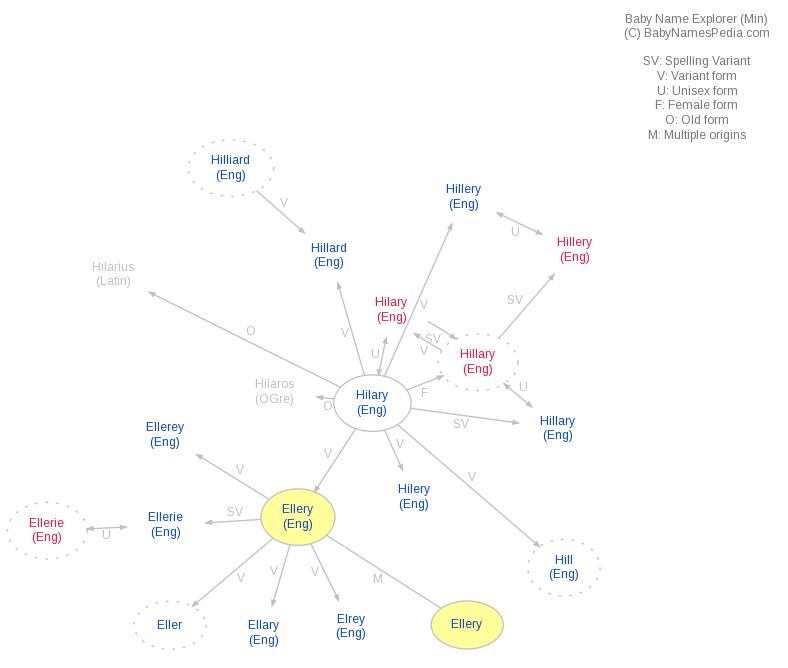