What does Elliot mean?

[ 3 syll. el-liot, ell-i-ot ] The baby boy name Elliot is pronounced as EHLLiy-ehT †. Elliot is mainly used in the English language, and it is of Hebrew and Old French origin. From Old French roots, its meaning is my God is Yahweh. The first name is derived from the surname, which is itself from a medieval Norman French diminutive of Elie, and ultimately of the name Elijah. The US poet T.S. Eliot (1888-1965) was a famous bearer of the surname.

In addition, Elliot is a variant form of the English, Hebrew, and Yiddish name Eli.

Elliot is also a variant form of the English and Hebrew name Elijah in the English language.

The names Elio, Elliotte, Ellyot, and Ellyott are variant forms of Elliot.

Elliot is popular as a baby name for boys, and it is also considered trendy. The name has been growing in popularity since the 1910s. Its usage peaked modestly in 2017 with 0.123% of baby boys being given the name Elliot. It ranked at #161 then. In 2018, its usage was 0.122% and its ranking #162, and it was the 3rd most popular after Elijah and Eli, among all boy names in its group. In 2018, Elijah was used 5 times more than Elliot. The name Elliot has mostly been a baby boy name, though it has also been given to girls in the past century. In 2017, the name Elliot was given to 5 times more baby boys than girls. 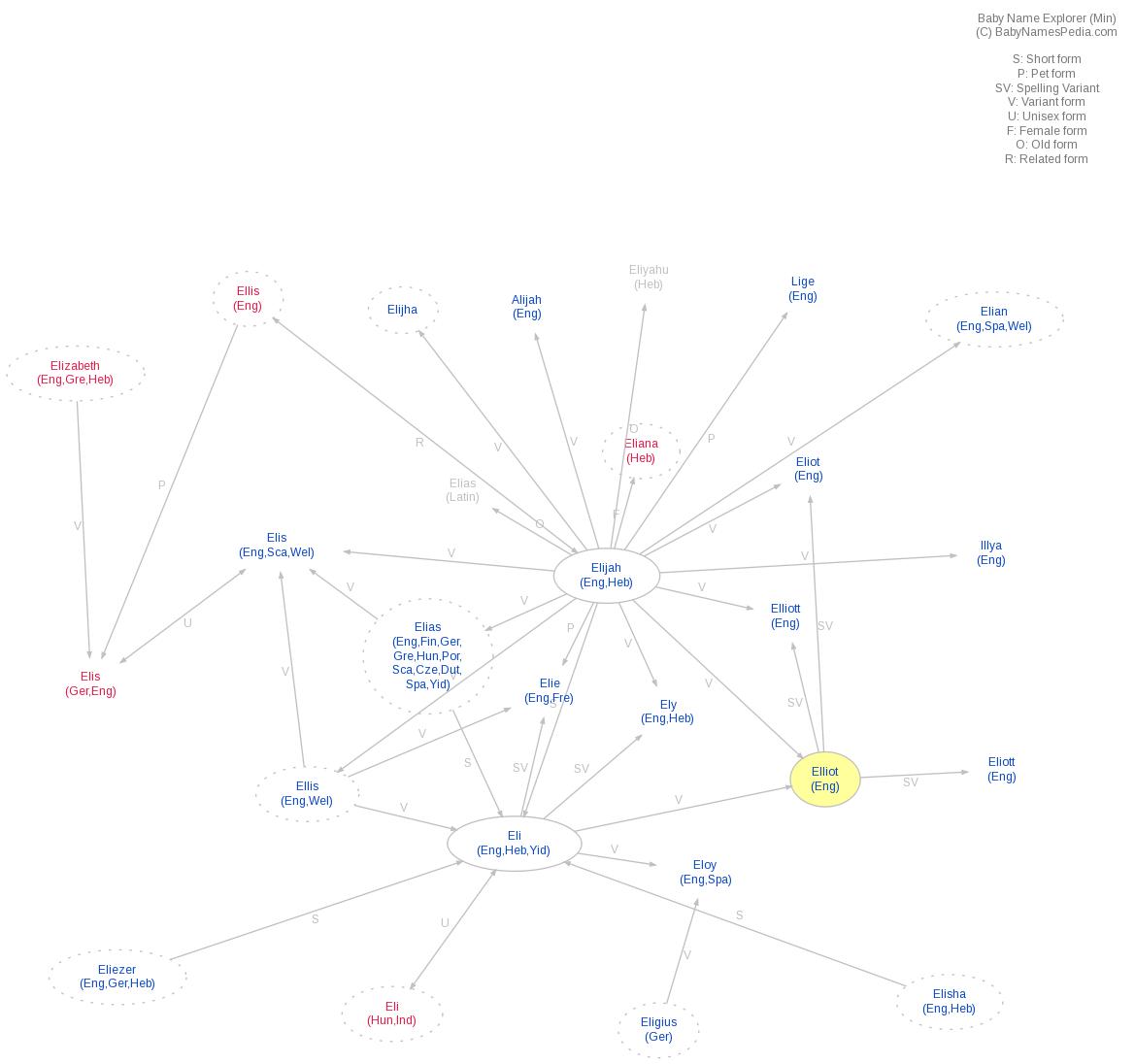