What does Elon mean?

[ 2 syll. e-lon, el-on ] The baby boy name Elon is sometimes used as a girl name. It is pronounced as eh-LAAN †. Elon is used chiefly in the Hebrew language, and its origin is Hebrew and Germanic.

Elon is a variant of the name Alon (Hebrew).

Elon is also a contraction of the name Elonzo (English).

Elon is somewhat popular as a baby name for boys. The name's popularity has been growing since the 2010s; before that, it was of infrequent use only. Its usage peaked modestly in 2018 with 0.011% of baby boys being given the name Elon. Its ranking then was #939. Among all boy names in its group, Elon was the most regularly used in 2018. Elon has in the past century been predominantly given to baby boys. 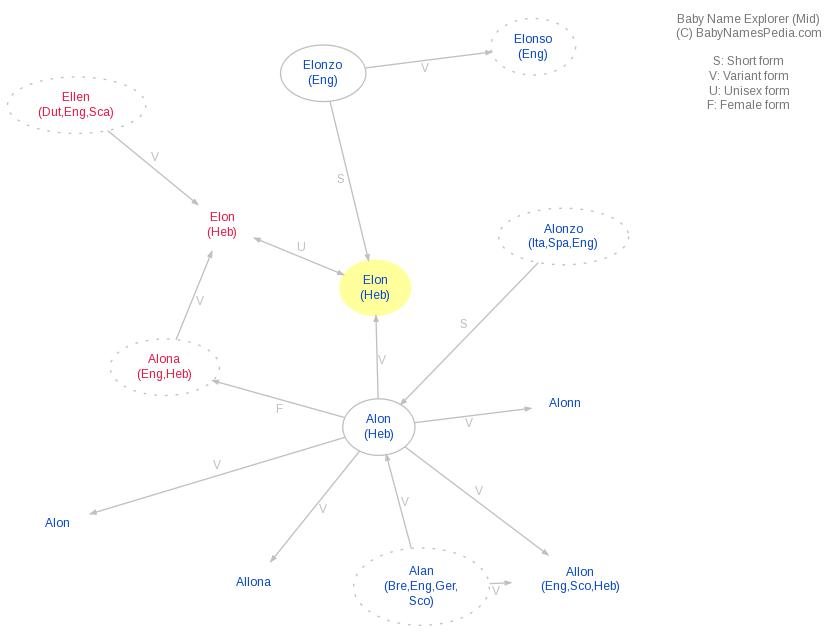