What does Eloy mean?

[ 2 syll. e-loy, el-oy ] The baby boy name Eloy is pronounced as IY-L-oy †. Eloy is primarily used in the English and Spanish languages. Its language of origin is Hebrew and Latin.

Eloy is an English form of the English, Hebrew, and Yiddish name Eli.

Eloy is also an English and Spanish form of the German name Eligius.

Eloy is an unusual baby boy name. Its usage peaked in 1975 with 0.007% of baby boys being given the name Eloy. It was #797 in rank then. The baby name has experienced a fall in frequency since then, and is now used on a very modest scale. In 2018, among the family of boy names directly linked to Eloy, Eli was the most regularly used. 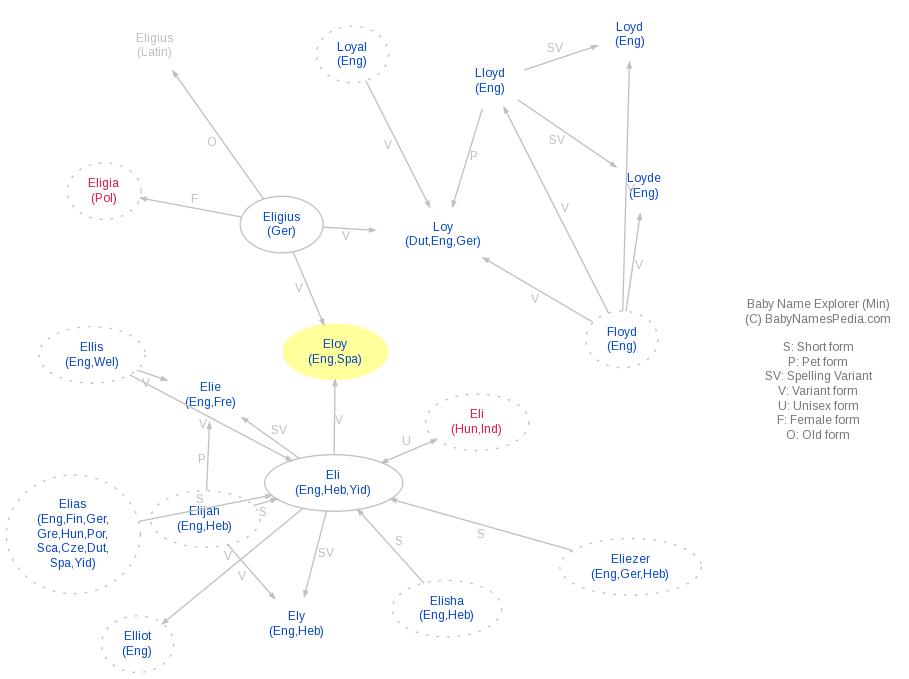