What does Elton mean?

[ 2 syll. el-ton, elt-on ] The baby boy name Elton is sometimes used as a girl name. Its pronunciation is EHLTahN †. Elton is largely used in the English language and it is derived from Old English origins. The name is of the meaning Ella's town. The first name is derived from the surname, which is itself from an English place name comprising of the Old English masculine name Ella and the element 'tun' (meaning town, settlement, homestead). Ella is itself a diminutive of an Old English first name with the element 'aelf' (elf, supernatural being). The first name Elton has been used since the 20th century. It is well known from the British pop singer Elton John (1947-), who chose the name in tribute to Elton Dean (1945-2006), the saxophonist in his former band.

Elton is a rare baby name for boys. At the peak of its usage in 1915, 0.036% of baby boys were given the name Elton. Its ranking then was #278. The baby name has since steeply declined in popularity, and is now of very modest use. Out of all boy names in its group, Elton was nonetheless the most frequently used in 2018. In the past century Elton has predominantly been a baby boy name. 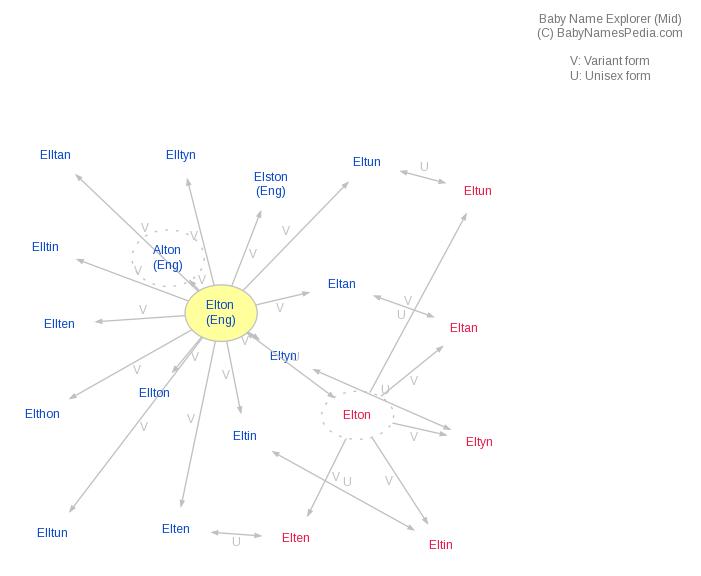