What does Elva mean?

In addition, Elva is an Irish form of the Gaelic and Irish name Ailbhe.

Elva is also a form of the Italian and English name Elvia.

Elva is also an English familiar form of the English, German, Italian, and Spanish name Elvira.

Elva is unusual as a baby girl name. Its usage peaked modestly in 1901 with 0.111% of baby girls being given the name Elva. It was #161 in rank then. The baby name has markedly fallen in popularity since then, and is now of sporadic use. Among all girl names in its family, Elva was nonetheless the most frequently used in 2018. Elva has primarily been a girl name, though in the last century it has also been used for boys. In 1907, 15 times more girls than boys were given the name Elva. 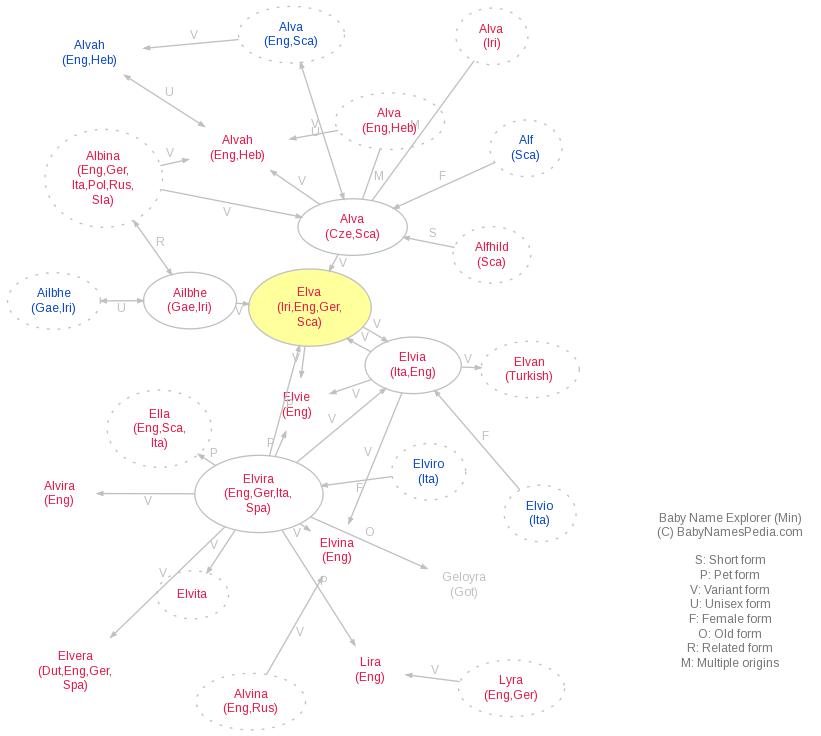