What does Emerson mean?

[ 3 syll. e-mer-son, em-ers-on ] The baby girl name Emerson is also used as a boy name, though it is more popular for girls. It is pronounced EHM-erSahN †. Emerson's origin and use are both in the English language. The meaning of Emerson is 'son of Emery'. The first name is derived from the English surname. The surname was borne by Ralph Waldo Emerson (1803-1882), an American philosopher of the Transcendentalist movement.

Emerson is popular as a baby girl name, and it is also perceived as trendy. The name has been rising in popularity since the 2000s; prior to that, it was of only very light use. At the modest peak of its usage in 2018, 0.105% of baby girls were named Emerson. It was #143 in rank then. Out of all girl names in its family, Emerson was the most popular in 2018. Emerson was used 2.544% more than the next ranked name, Emersyn, in that year. Although Emerson is used more commonly as a baby girl name today, there was a period prior to 2001 that it was more popular with boys. After 2002, increasingly the name became more popular with baby girls than with boys. In 2017, 57% more baby girls than boys were given the name Emerson.

A baby name that sounds like Emerson is the English Emmerson. 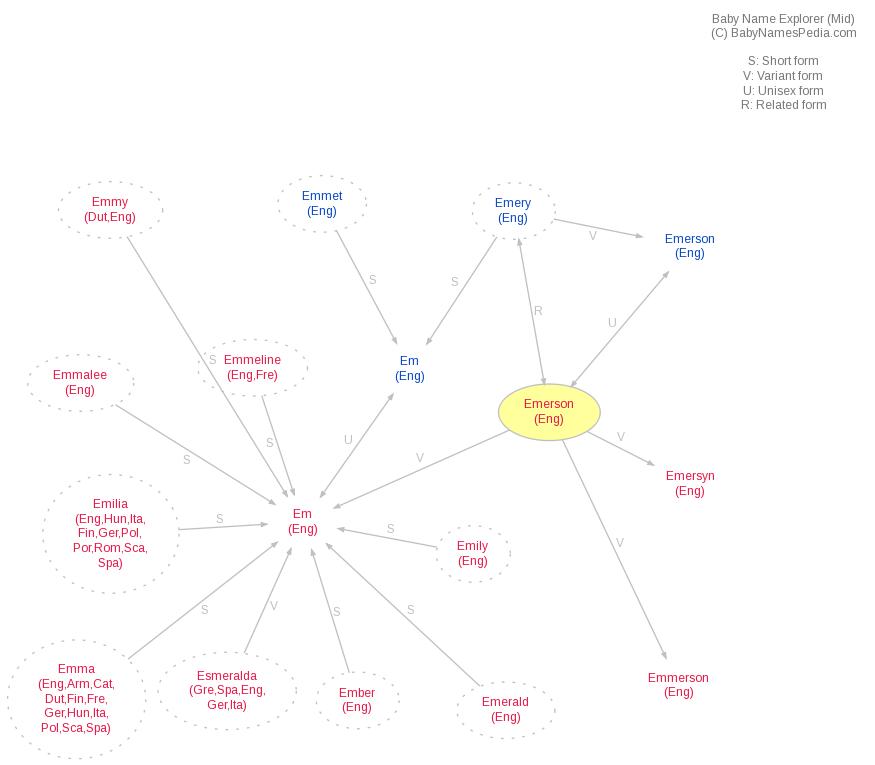