What does Emery mean?

Emery is of Germanic origin and it is used mainly in English. It is a two-element name derived from amal which means 'work' ; ric 'rich, powerful, ruler'. Emery was a Norman form of Amalric introduced to England in the 11th century. It was used irregularly in the medieval period and gave rise to the surname Emery, which has in turn been transferred into first name use. The first name was previously used for both sexes, but after the 18th century it became an exclusively masculine name.

Aimery (French), Imre (Hungarian), Imrich (Czech), and Imrus (Hungarian) are variations of Emery that are used in foreign languages.

Emery is of English origin. Its meaning is from the word emery. The first name is derived from the word 'emery' in reference to the hard grey-black mineral often used as an abrasive.

Emery is a variation (English) of Emmerich (German).

Emery is an all-time favorite. Today it is still a somewhat popular baby boy name, but not as much as it was before. At the modest peak of its usage in 1913, 0.032% of baby boys were given the name Emery. It had a ranking of #305 then. The baby name has steeply declined in popularity since then, and is in recent years of only very light use. In 2018, it ranked at #769 with a usage of 0.016%, but it was nonetheless the 2nd most popular after Emerson, out of all boy names in its family. It was more widely used than Emery by 4 times in 2018. 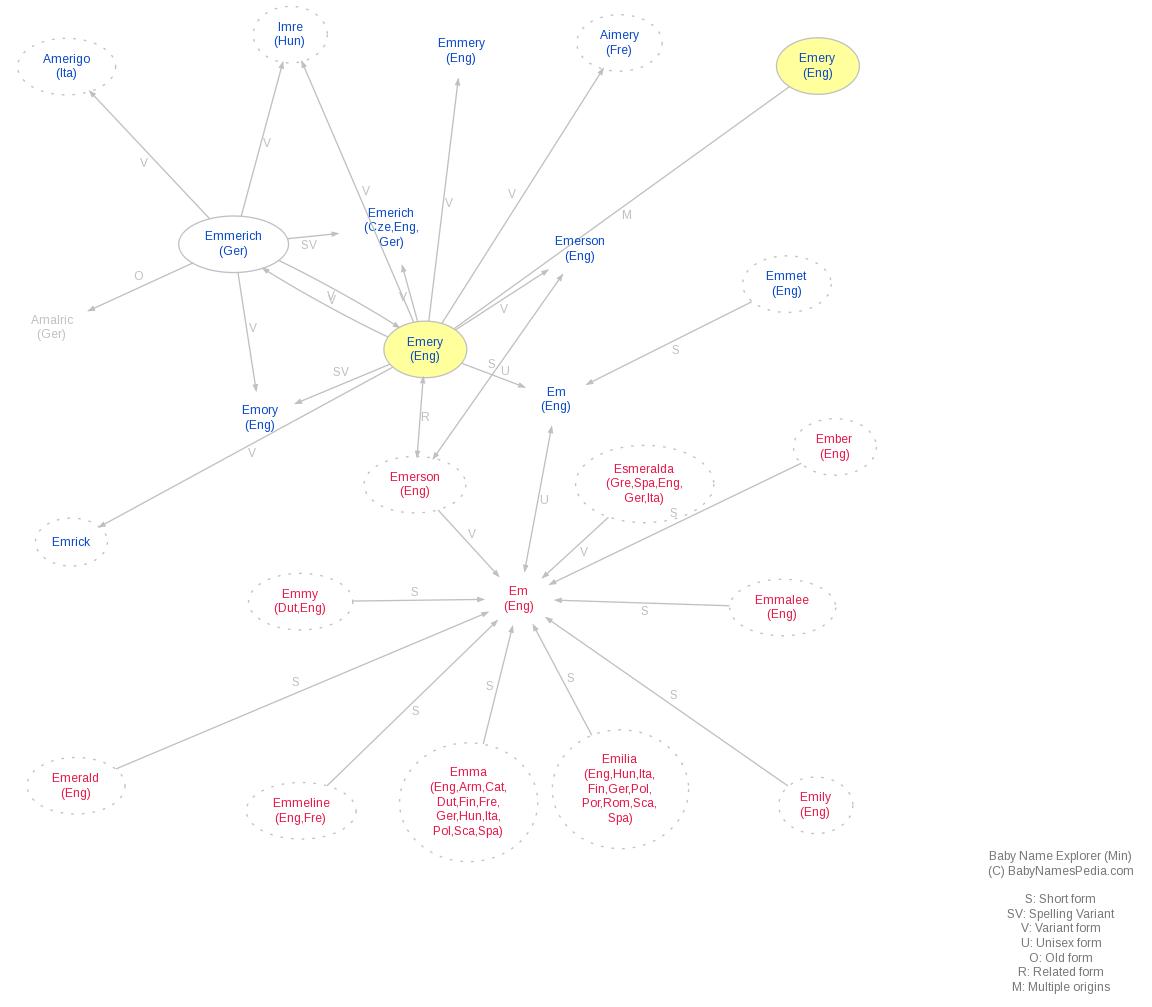