What does Emmanuel mean?

[ 3 syll. em-ma-nuel, emm-anu-el ] The baby boy name Emmanuel is pronounced as ih-MAEN-YahL or ih-MAEN-Yah-WahL (English) or eh-MaeN-WEHL (French) †. Emmanuel is mainly used in French and German, and its language of origin is Hebrew. Emmanuel is a variant form of the English, German, Portuguese, and Spanish name Manuel. 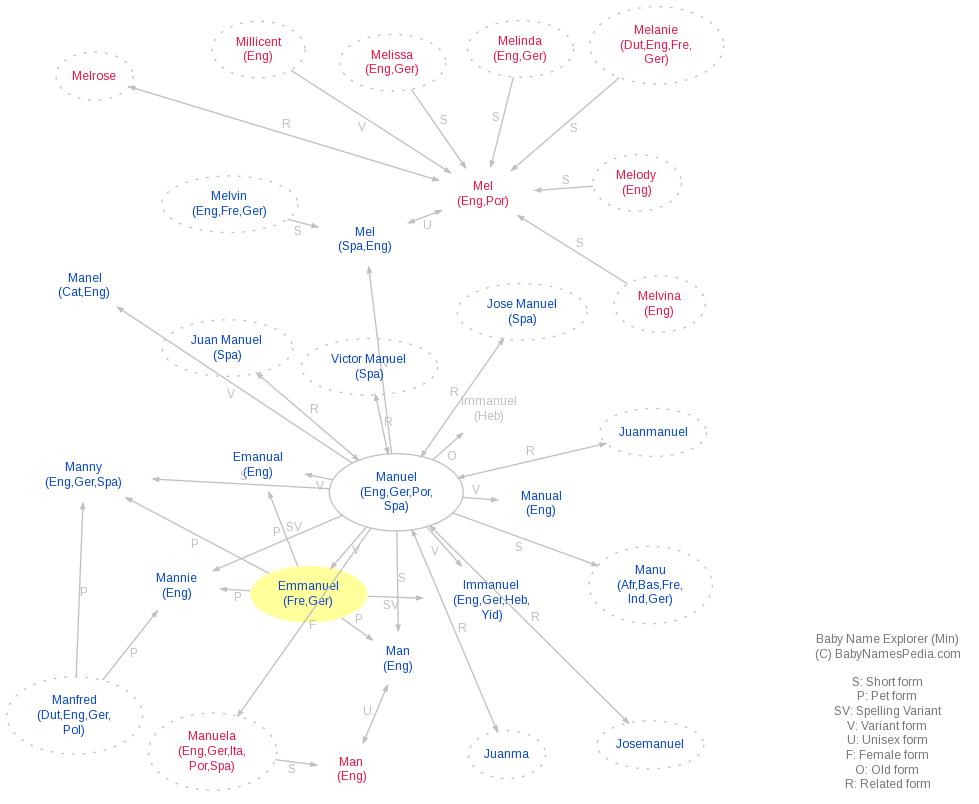