What does Emmerich mean?

[ 3 syll. em-me-ric(h), emm-eri-ch ] The baby boy name Emmerich is pronounced EHM-ah-Rih-SH †. Emmerich's language of origin is Germanic and it is predominantly used in German. It is a two-element name derived from amal meaning 'work' ; ric 'rich, powerful, ruler'. Amalric (Germanic) is an older form of the name. The name Amalric was borne by a 6th-century Visigoth king and two 12th-century kings of Jerusalem.

Emmerich is a variant transcription of Emery (English).

Emerich (Czech, English, and German spelling variant) is another form of the name.

Emmerich is an uncommon baby name for boys. It is not listed within the top 1000 names. In 2018, within the group of boy names directly related to Emmerich, Emery was the most popular. 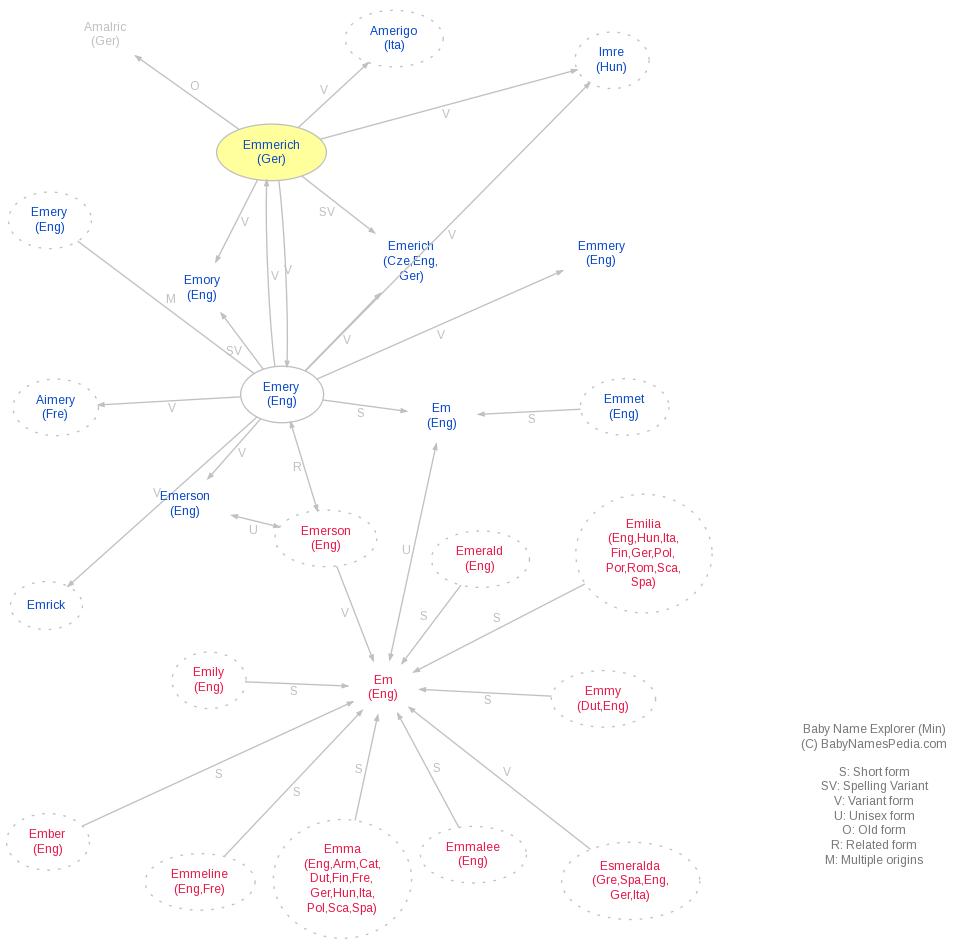