What does Engelbert mean?

[ 3 syll. en-gel-ber(t), eng-elbe-rt ] The baby boy name Engelbert is pronounced as EH-NGGahLBah-T †. Engelbert is used chiefly in the English and German languages, and its origin is Germanic. It is from the elements 'angil' meaning angle + 'berht' bright, famous + 'angul' angle + 'angulam' hook. The Angils were an ancient Germanic tribe; the name Engelbert is derived from the combination of the tribal name with the element 'berht' (meaning bright, famous). It was borne by Saint Engelbert (1186-1255), archbishop of Cologne. In more recent times, it is known from the German composer Engelbert Humperdinck (1854-1921) and the British singer Engelbert Humperdinck (1936-) who adopted the composer's name. The name Engelberta (Dutch) is the female form of Engelbert.

Engelbert is an unusual baby name for boys. It is not listed in the top 1000 names. 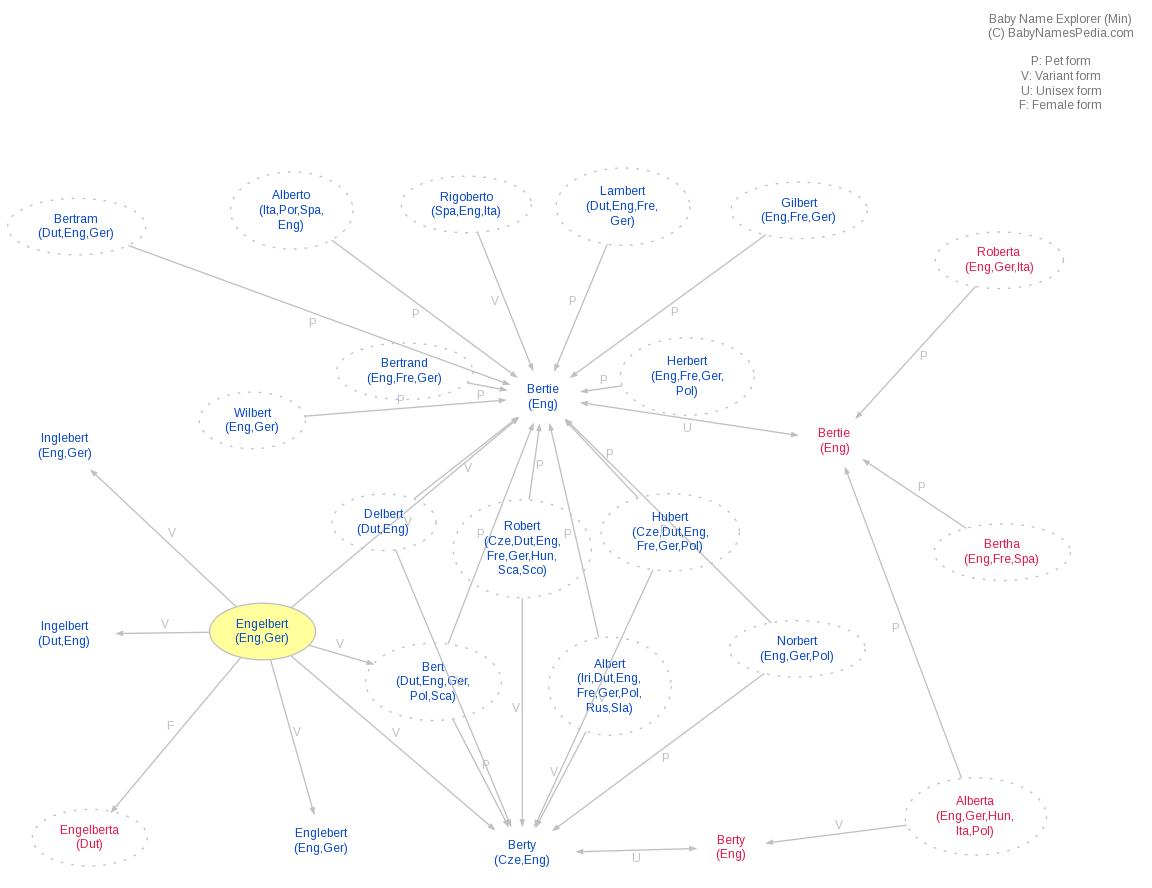