What does Eoghan mean?

[ 2 syll. eo-(g)han, eog-h-an ] The baby boy name Eoghan is pronounced as YowehN †. Eoghan is used mostly in Gaelic, Irish, and Scottish, and its language of origin is Celtic and Old Greek. From Celtic roots, its meaning is born of the yew. It is derived from the element 'ebor' which is of the meaning yew. The name is of debated origin and meaning. In Scotland, it is sometimes used as a form of Hugh, Evan, or Ewan, while in Ireland it is sometimes used as a form of Eugene or Owen. The meaning of the name could refer to an ancient Celtic practice of tree worship.

Eoghan is a derivative of the English and French name Eugene.

Eoghan is uncommon as a baby name for boys. It is not in the top 1000 names. Among the group of boy names directly related to Eoghan, Owen was the most widely used in 2018. 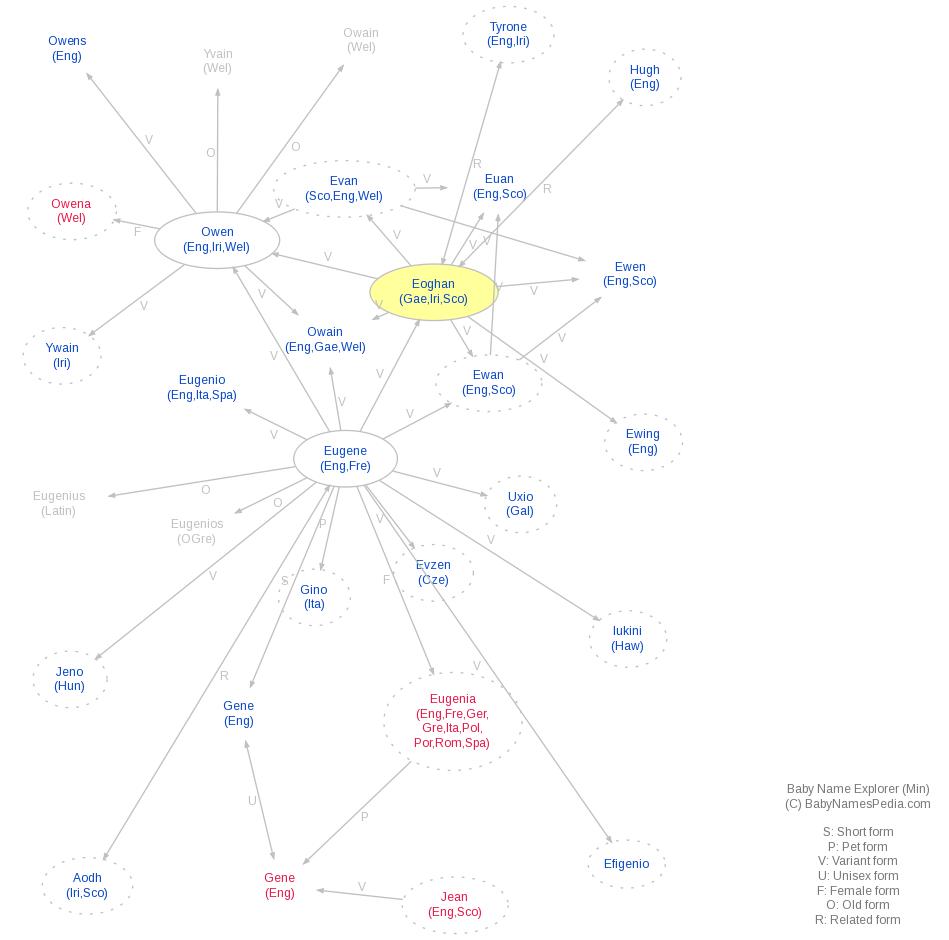