What does Ephraim mean?

[ 2 syll. ep-hrai(m), eph-ra-im ] The baby boy name Ephraim is pronounced as IY-FRahM or IY-FRiy-ihM (English) †. Ephraim is used chiefly in the English, German, and Hebrew languages, and its origin is Hebrew. A biblical name, it is derived from the element 'ephrayim' which means fruitful. Efrayim (Hebrew) and Ephrayim (Hebrew) are old forms of Ephraim. The name was borne in the Bible by the second son of Joseph; he founded one of the 12 tribes of Israel named after him. The meaning of the name is alluded to in the Book of Genesis: "the name of the second called he Ephraim: For God hath caused me to be fruitful in the land of my affliction". The name was not popular among the English Puritans in the 17th century unlike other biblical names; it was only in the 18th century that English speakers started adopting the name on a modest scale. Today, the name is used mainly by Jews. In literature, the name has appeared in the Oliver Goldsmith novel The Vicar of Wakefield (1766) and the Charles Dickens novel Little Dorrit (1855-7). The name Ephrath is the female form of Ephraim. 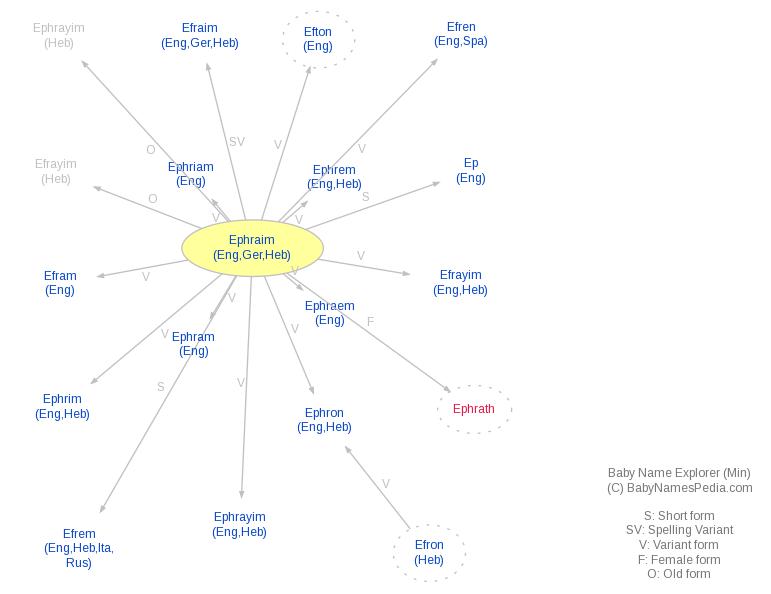