What does Erin mean?

[ 2 syll. e-rin, er-in ] The baby girl name Erin is also used as a boy name, though it is far more popular for girls. It is pronounced EH-RihN or EH-R-ahN †. Erin is of Celtic origin. It is used mainly in English and Irish. The meaning of Erin is 'Irish woman'. It is derived from the word Éire with the meaning 'Ireland'. The name is Anglicized from Eireann, which is from Éire, the traditional Gaelic name for Ireland. The name Erin itself has been used as a poetic name for Ireland in many poems and songs, and it thus evokes a sentimental appeal among people of Irish roots. The given name was first used by English speakers in the 19th century. It initially appeared in the USA, and then it spread to Canada, Australia, and England via Irish migrants. It has been increasingly adopted by people with no Irish associations.

What are the Variant Forms of Erin?

Erin is rather popular as a baby girl name. The name grew in popularity from the 1950s up to the 1980s. At the peak of its usage in 1983, 0.829% of baby girls were named Erin. It was #18 in rank then. The baby name has markedly dropped in popularity since then. In 2018, it ranked at #421 with a usage of only 0.040%, but it was nevertheless the most widely used out of all girl names in its family. Erin has in the last century been primarily given to baby girls. In 1996, 46 times more baby girls than boys were given the name Erin. 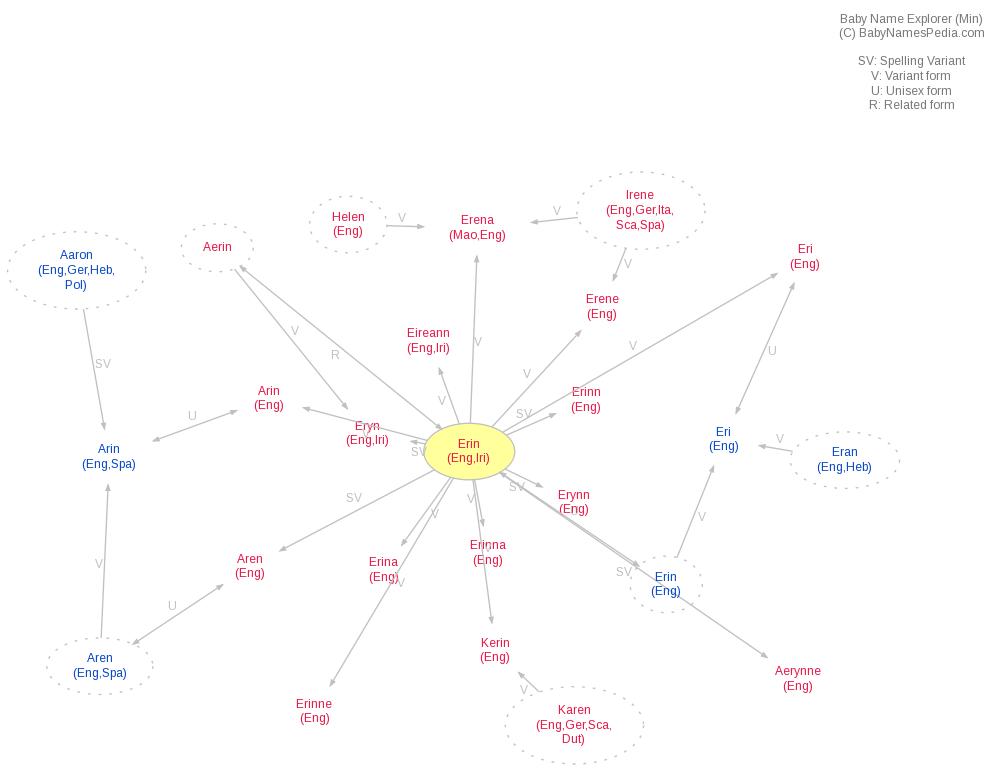