What does Ermine mean?

[ 2 syll. er-mi-ne, erm-ine ] The baby girl name Ermine is also used as a boy name. It is pronounced ERMAHN †. Ermine has its origins in the Old French and Germanic languages. It is used largely in English. Old French origin: The name is most likely a derivative of Hermine, but it has often been associated with the Old French and also English word ermine in reference to the white fur from the short-tailed weasel also called ermine. The ultimate source could be the Latin 'Armenius mus' meaning 'Armenian rat'.

Ermine is a form of the French and German Hermine in the English language.

Ermine is not often used as a baby girl name. It is not in the top 1000 names. 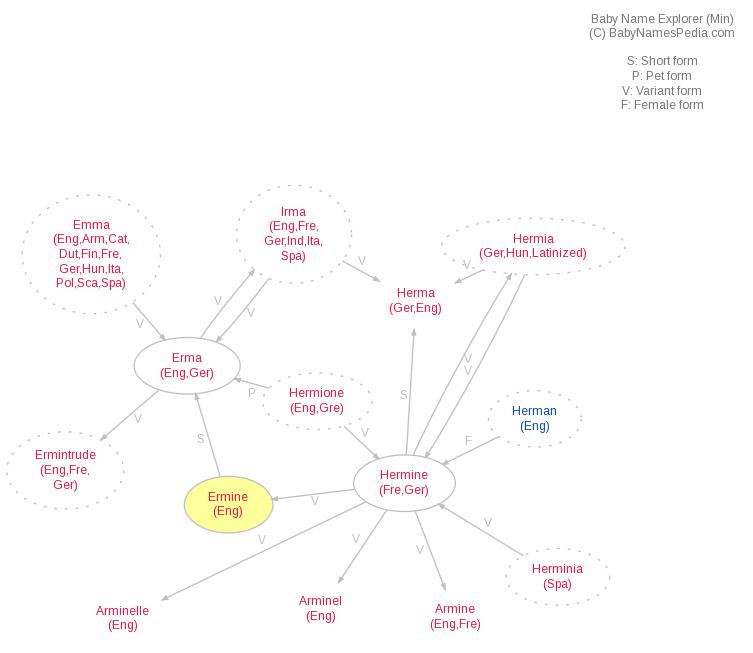