What does Ernestine mean?

[ 3 syll. er-nes-ti-ne, ern-est-ine ] The baby girl name Ernestine is pronounced as AHR-NahS-TiyN (English) †. Ernestine is used mostly in English and French, and its language of origin is Germanic. Ernestine is a derivative of the English, German, Italian, and Spanish name Ernesta.

A variant of the name is the German, Scandinavian, and Spanish diminutive form Erna.

Ernestine is rare as a baby name for girls. At the modest peak of its usage in 1928, 0.088% of baby girls were named Ernestine. It ranked at #193 then. The baby name has since suffered a substantial fall in frequency, and is currently of sporadic use. Out of all girl names in its group, Ernestine was nevertheless the most popular in 2018. 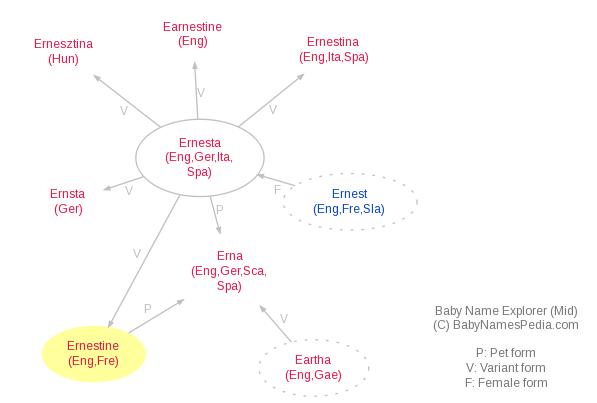