What does Ernesto mean?

[ 3 syll. er-nes-to, ern-e-sto ] The baby boy name Ernesto is pronounced as eh-RNEHSTow- †. Ernesto is used chiefly in the English, Italian, Portuguese, and Spanish languages. It is derived from Germanic origins. Ernesto is a variant of the name Ernest (English, French, and Slavic).

Ernesto is a classic favorite. At present it is still somewhat popular as a baby boy name, but not to the degree it was previously. The name's popularity jumped from the 1900s up to the 2000s. At the modest height of its usage in 2002, 0.041% of baby boys were given the name Ernesto. It was #323 in rank then. The baby name has seen a fall in popularity since then. In 2018, its usage was 0.017% and its ranking #721, but it was nonetheless the most popular within all boy names in its family. In 2018, Ernesto was used 56% more than the subsequent ranked name, Ernest. 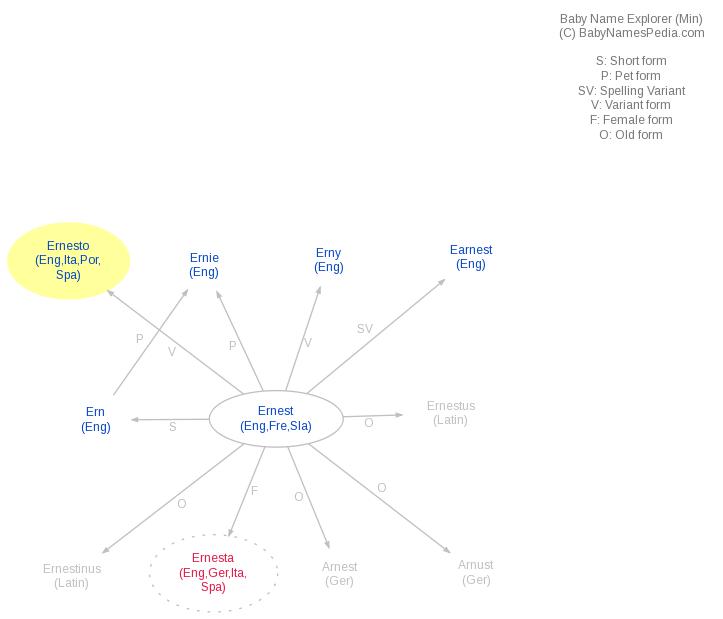