What does Ester mean?

Ester is also a contraction of the Dutch and English name Hester in the English language.

Ester is uncommon as a baby name for girls. At the modest height of its usage in 1905, 0.027% of baby girls were given the name Ester. It ranked at #368 then. The baby name has since experienced a marked fall in frequency, and is today of irregular use. Within the group of girl names directly linked to Ester, Esther was the most widely used in 2018. Ester has mostly been a girl name, though in the past century it has also been used for boys. In 1910, the name Ester was given to 2 times more girls than boys.

Baby names that sound like Ester include Eszter, Esther, Estrella, and Esteri. 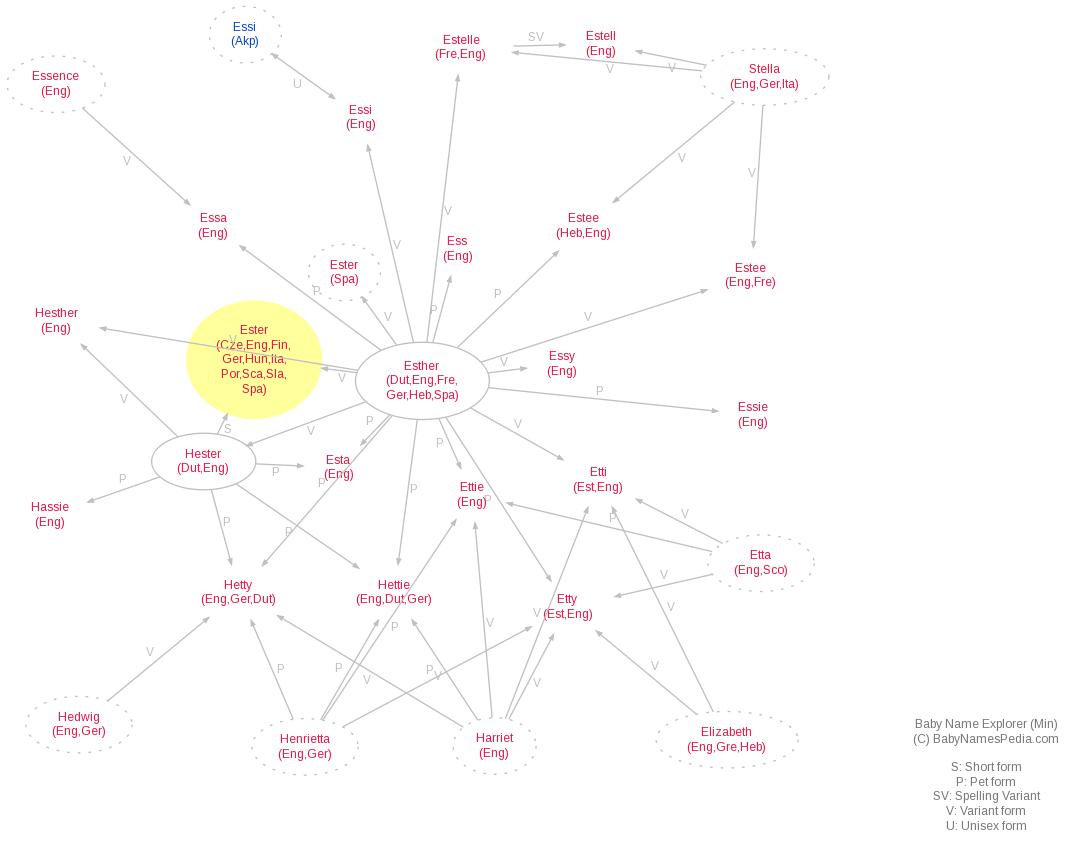