What does Esther mean?

[ 2 syll. es-(t)her, est-h-er ] The baby girl name Esther is pronounced in English and Dutch as EHS-TahR or in French as ehS-TEHR †. Esther is used chiefly in the Dutch, English, French, German, Hebrew, and Spanish languages, and it is derived from Old Persian origins. A biblical name, it is derived from the element 'stara' meaning star. The first name could also be from the Persian form of the Hebrew Hadassah. In the Bible, the name was borne by the beautiful Jewish orphan who replaced Vashti as the wife of the Persian king Ahasuerus (or Xerxes). She used her influence to save many Jews from extermination at the hands of the royal counsellor Haman. Her original Hebrew name was Hadassah. Due to the biblical association, the name Esther was consequently adopted by English Puritans during the Reformation. In literature, it has appeared in the Charles Dickens novel Bleak House (1852-1853) as the name of the fictional heroine Esther Summerson. It later gained a boost in popularity after the US president Grover Cleveland bestowed the name on his daughter Esther Cleveland (1893-1980).

Esther is a popular baby name for girls, and it is also considered trendy. Its usage peaked in 1901 with 0.725% of baby girls being given the name Esther. Its ranking then was #33. The baby name has since experienced a steep fall in popularity. In 2018, its usage was 0.099% and its ranking #153, somewhat regaining its popularity in the recent decade. Among all girl names in its group, Esther was the most popular. In 2018, Esther was more regularly used than the subsequent ranked name, Estelle, by 6 times. The name Esther has been predominantly given to girls, though it has also been used as a boy name in the past century. In 1911, girls named Esther outnumbered boys by 112 times.

Baby names that sound like Esther include Ester, Esthur, Estrella, Eszter, and Esteri. 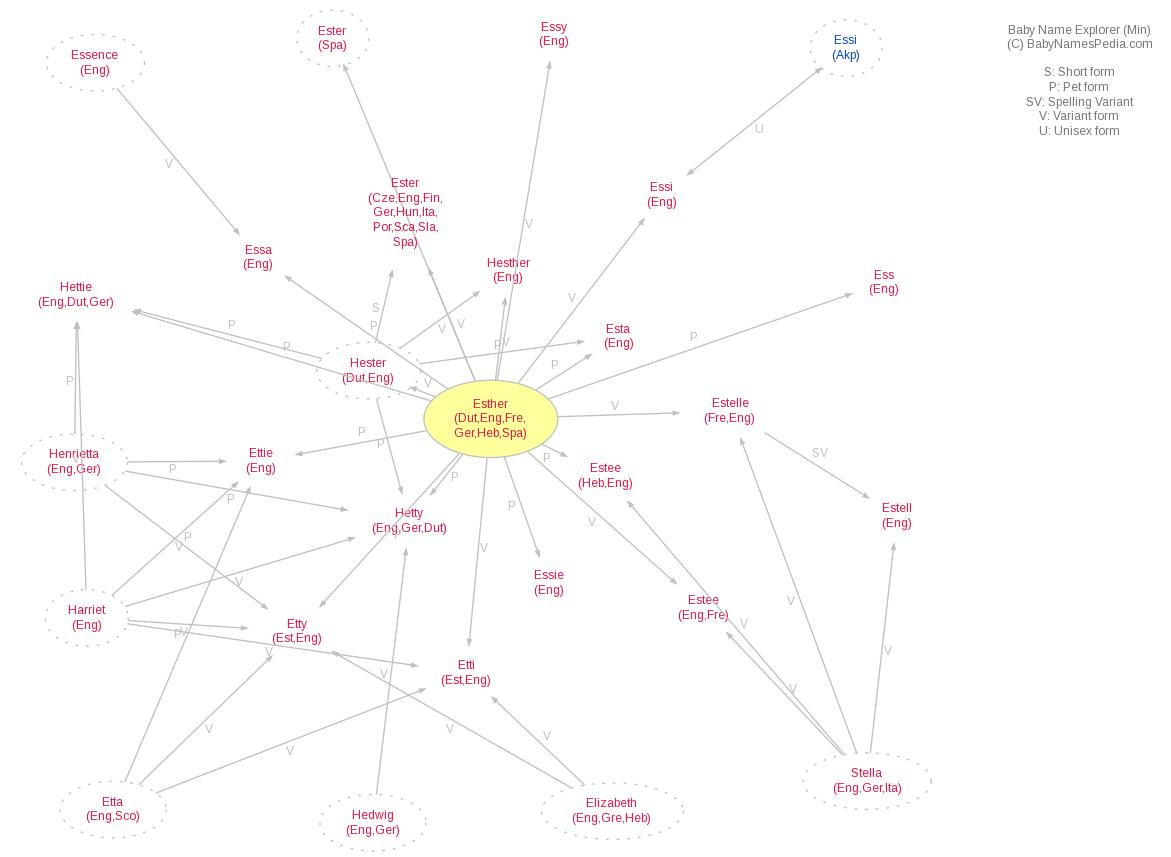