What does Ethelbert mean?

[ 3 syll. et-hel-ber(t), eth-elbe-rt ] The baby boy name Ethelbert is pronounced as EH-TH-ehLB-erT †. Ethelbert is primarily used in the English language. It is of Germanic and Old English origin. From Old English roots, its meaning is nobly famous. It is a two-element name derived from the words 'aethel' + 'beorht' meaning noble, honorable + bright, famous respectively. An old form of Ethelbert is Aepelbeorht (Old English). The name was borne by various kings, including Saint Ethelbert (560-616), king of Kent, as well as the 9th-century king of England and brother of Alfred the Great. The name dropped out of use after the Norman Conquest, but saw a revival among other Saxon names in the 19th century. In literature, it has been borne by the fictional Ethelbert Stanhope in Anthony Trollope's second novel Barchester Towers (1857).

In addition, Ethelbert is a form of the Dutch, German, and Polish name Adalbert.

The English name Elbert is a form of Ethelbert.

Another variant of Ethelbert is the English familiar form Elbie.

Ethelbert is not frequently used as a baby boy name. It is not ranked within the top 1000. Out of the family of boy names directly linked to Ethelbert, Albert was the most popular in 2018. 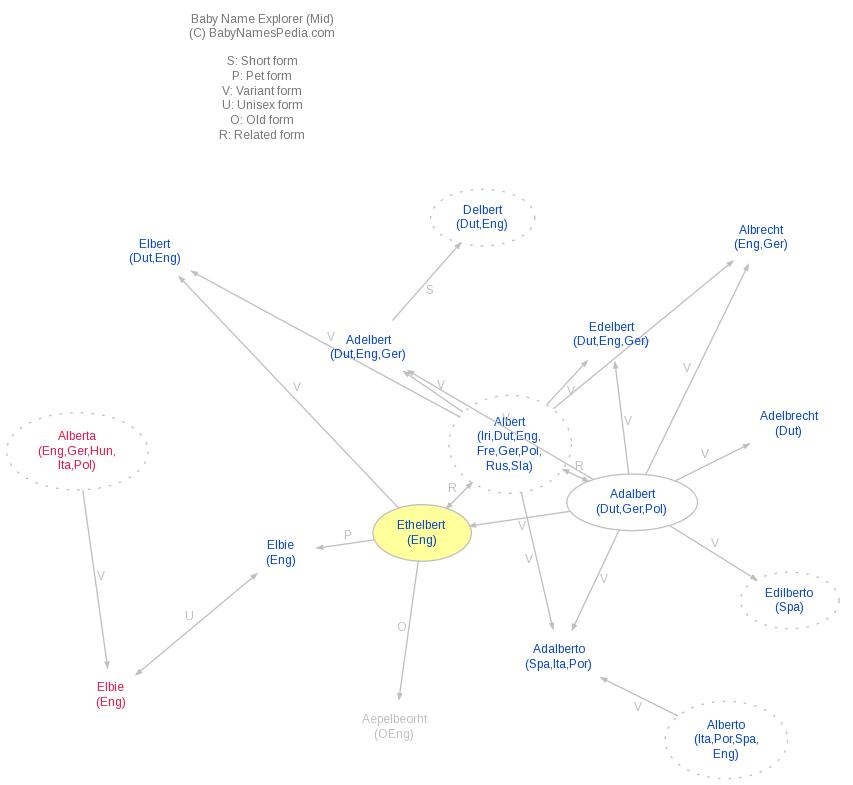