What does Eulalio mean?

[ syll. eu-la-lio, eul-al-io ] The baby boy name Eulalio is pronounced as YUWLaaLiyow †. Eulalio is an Italian name of Old Greek origin. The name's meaning is sweetly-spoken, well-spoken. It is derived from the elements 'eu' meaning good, well ; 'lalein' talk, chatter. The name Eulalia (English, Italian, and Spanish) is the female equivalent of Eulalio.

Eulalio is rarely used as a baby name for boys. It is not listed in the top 1000 names. 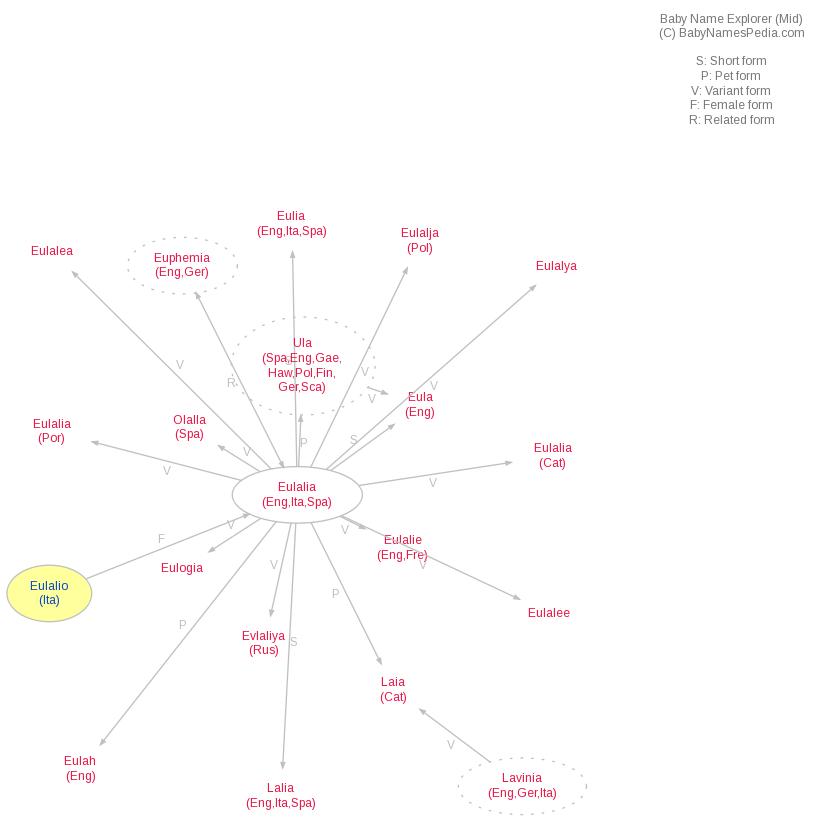