What does Eunan mean?

[ 2 syll. eu-nan, eun-an ] The baby boy name Eunan is pronounced as YUW-NahN †. Eunan is used chiefly in the Irish and Scottish languages. Its origin is Celtic. The name means fearful one; little Adam. Eunan is Anglicized from Ádhamhnán; the latter is most likely a diminutive of 'adomnae', although it is sometimes taken as a diminutive of Ádhamh, the Gaelic form of Adam. The name was borne by a 7th-century saint and abbot of Iona. 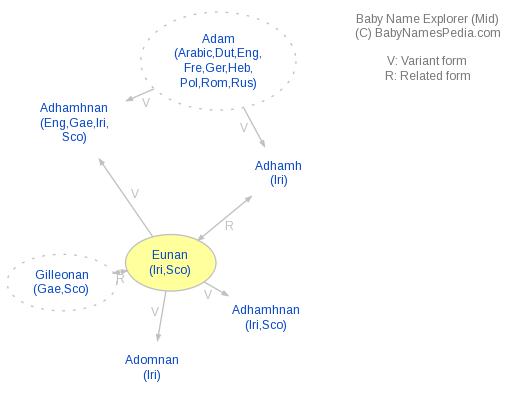