What does Evan mean?

[ 2 syll. e-van, ev-an ] The baby boy name Evan is also used as a girl name, but the use for boys is much more common. It is pronounced in English as EHV-ahN †. Evan is used chiefly in the Scottish, English, and Welsh languages, and it is derived from Celtic and Hebrew origins. The name is an Anglicized form of Iefan, which is from Ieuan (Old Welsh). The name was first used in Wales around 1500; it became a common Welsh name by the 19th century before being adopted by the general English speaker around the 20th century.

In addition, Evan is a variant of the name Eoghan (Gaelic, Irish, and Scottish) in the Scottish language.

Evan is also a variant of the name John (English and Hebrew) in the English and Welsh languages.

The name Evan is widely used; it has 27 variants that are used in English and other languages. Variants used in English include Eavan, Euan, Euen, Evaine, Evann, Evans, Evanus, Evariso, Evaristo, Evaro, Even, Evian, Evien, Evion, Eviun, Evon, Evyn, Ewen, and Eyvind. The short form Ev, the diminutive form Van, and the variant spelling Evin are other English forms. 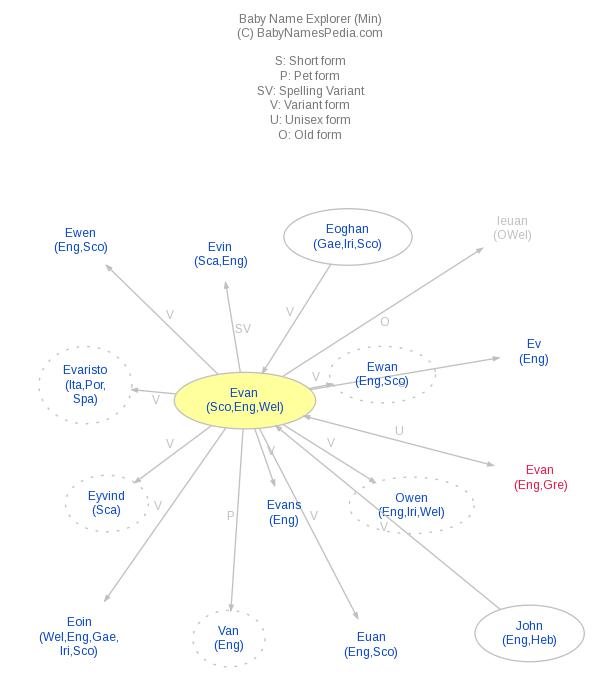