What does Eve mean?

[ 1 syll. e-ve, ev-e ] The baby girl name Eve is pronounced as IYV (English) or EHV (French) †. Eve is an English and French name of Hebrew and Old French origin. Hebrew origin: Havvah (Hebrew) is an old form of the name. The name is derived from the Hebrew 'hayya' (meaning alive, animal). Eve was the first woman in the Bible, who was created by God as a female companion to the first man Adam; Adam called Eve the 'Mother of All the Living'. Eve later gave the forbidden fruit to Adam, leading to the Fall of Man. Despite the negative association, the biblical name was adopted by Christians, and has been in use among English speakers since medieval times. In Ireland, the names Eve and Eva have been used as Anglicized forms of Aoife and Aoibhe.

Eve is a variation (English) of Eva.

Eve is also a shortening of the name Evelyn (English).

Eve is rather popular as a baby girl name. The name's popularity has been rising since the 1990s. At the modest peak of its usage in 2018, 0.039% of baby girls were named Eve. It was #442 in rank then. Out of the family of girl names directly related to Eve, Ava was the most commonly used in 2018. It was 21 times more widely used than Eve in that year. 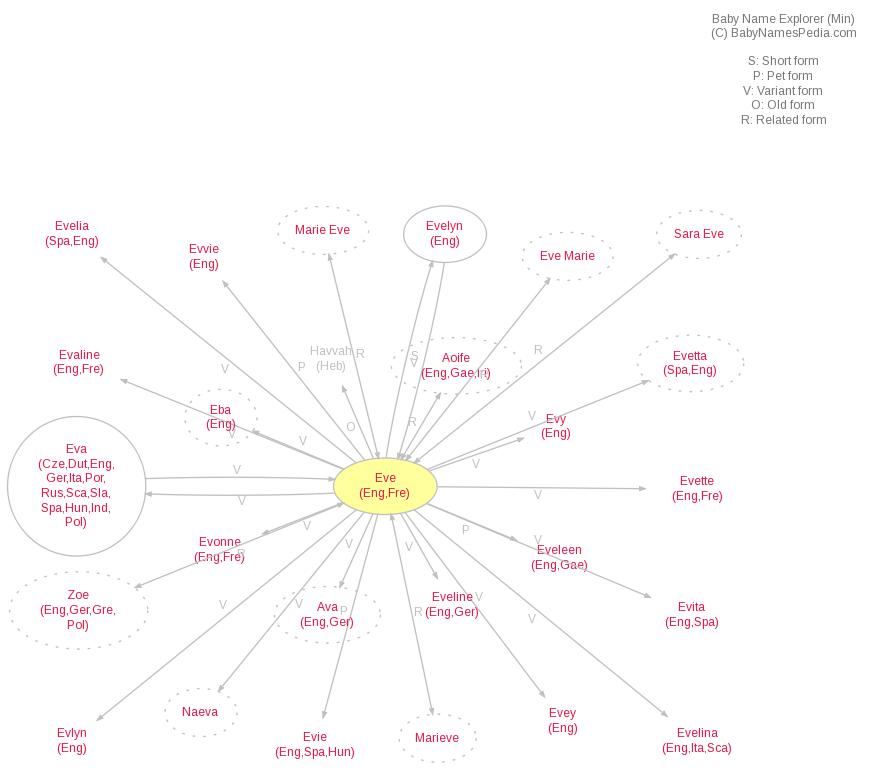