What does Evelyn mean?

[ 3 syll. e-ve-lyn, ev-el-yn ] The baby boy name Evelyn is also used as a girl name, with the latter form being much more common. Its pronunciation is EHV-ah-LihN or EHV-LihN in English †. Evelyn is used predominantly in the English language and its origin is Old French. It is derived from the elements 'aveline' meaning hazelnut ; 'avis' bird. The masculine name has been adopted occasionally by English speakers from the 20th century. It is most famous from the author Evelyn Waugh (1903-1966). See Evelyn for more information.

Evelyn is an uncommon baby name for boys. At the height of its usage in 1907, 0.008% of baby boys were given the name Evelyn. Its ranking then was #787. The baby name has since declined in popularity, and is currently of very modest use. Within all boy names in its group, Evelyn was nonetheless the most frequently used in 2018. In the past century Evelyn has predominantly been a girl name. In 1930, Evelyn as a girl name outnumbered its use as a boy name by 186 times. 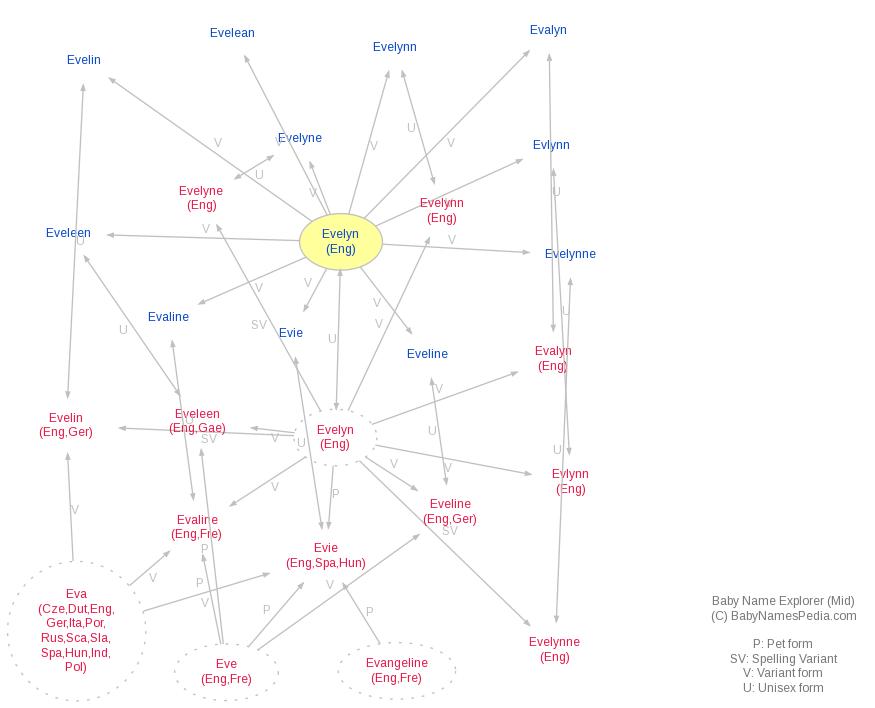