What does Everard mean?

[ 2 syll. e-ve-rar(d), ev-era-rd ] The baby boy name Everard is pronounced as EHV-eh-R-RD †. Everard is largely used in the Dutch and English languages, and its origin is Germanic. The name's meaning is brave like a boar. A two-element name, it is from the elements 'eber' meaning boar ; 'hart' brave, hardy. The first name is derived from the English surname, which is either from the Everart (Germanic), or else influenced by it after the latter was introduced into England by the invading Normans, displacing the cognate Eoforheard (Old English). The given name was first adopted by English speakers in the medieval period, and revived in the 19th century from its appearance in the Walter Scott novel Waverley (1814).

Eber (German diminutive form) is another variant of Everard.

Everard is infrequently used as a baby name for boys. It is not listed in the top 1000 names. In 2018, among the group of boy names directly linked to Everard, Everett was the most widely used. 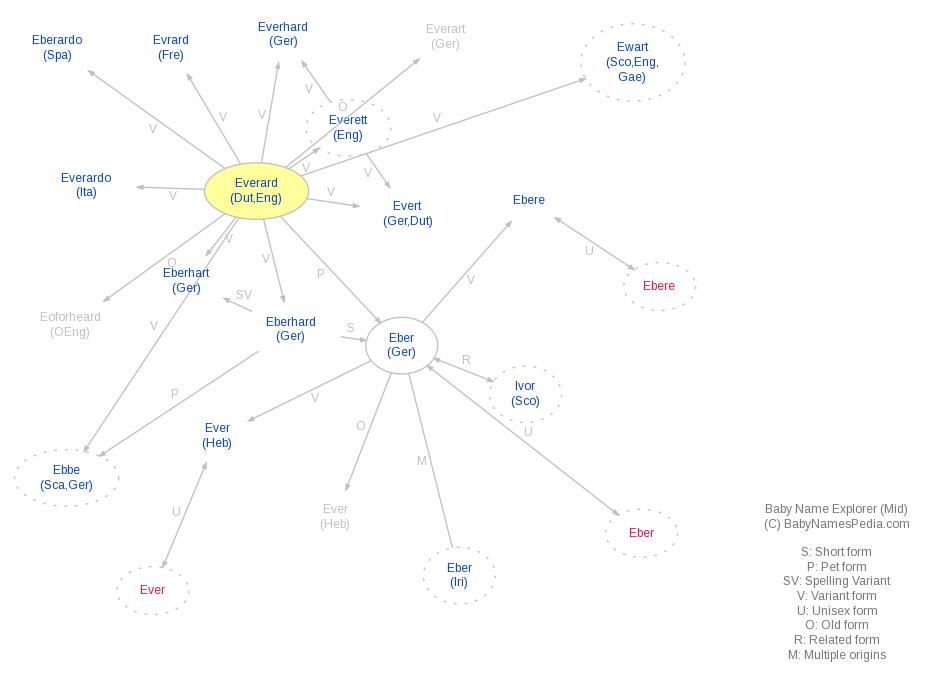