What does Everet mean?

[ 3 syll. e-ve-ret, ev-er-et ] The baby boy name Everet is pronounced EHV-eh-RReh-T †. Everet's language of origin is Old English and it is predominantly used in the English language. Everet is a variant spelling of the English Everett.

Everet is a rare baby name for boys. At the modest peak of its usage in 1905, 0.006% of baby boys were given the name Everet. It ranked at #949 then. The baby name has since experienced a drop in frequency, and is of only sporadic use now. In 2018, out of the group of boy names directly linked to Everet, Everett was the most frequently used. 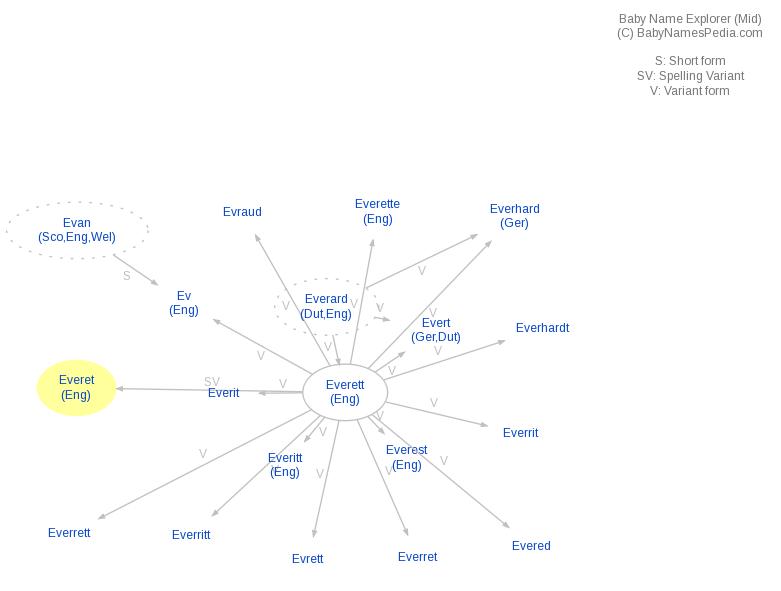