What does Everett mean?

[ 3 syll. e-ve-ret(t), ev-ere-tt ] The baby boy name Everett is pronounced as EHV-eh-RehT †. Everett is an English name of Germanic and Old English origin. The first name is derived from the surname, which is itself from the first name Everard. As a first name, Everett was adopted modestly by English speakers in the late 19th century. In literature, it is known from the character Everett Hills in the Eugene O'Neill trilogy of plays Mourning Becomes Electra (1931).

Everett is a variant form of the Dutch and English name Everard in the English language.

Variant forms share the origin and thus the meaning of the name Everett.

Everett is popular as a baby name for boys, and it is also viewed as trendy. The name has been rising in popularity since the 1990s. At the modest peak of its usage in 2018, 0.207% of baby boys were given the name Everett. It ranked at #95 then. Out of all boy names in its group, Everett was the most commonly used in 2018. 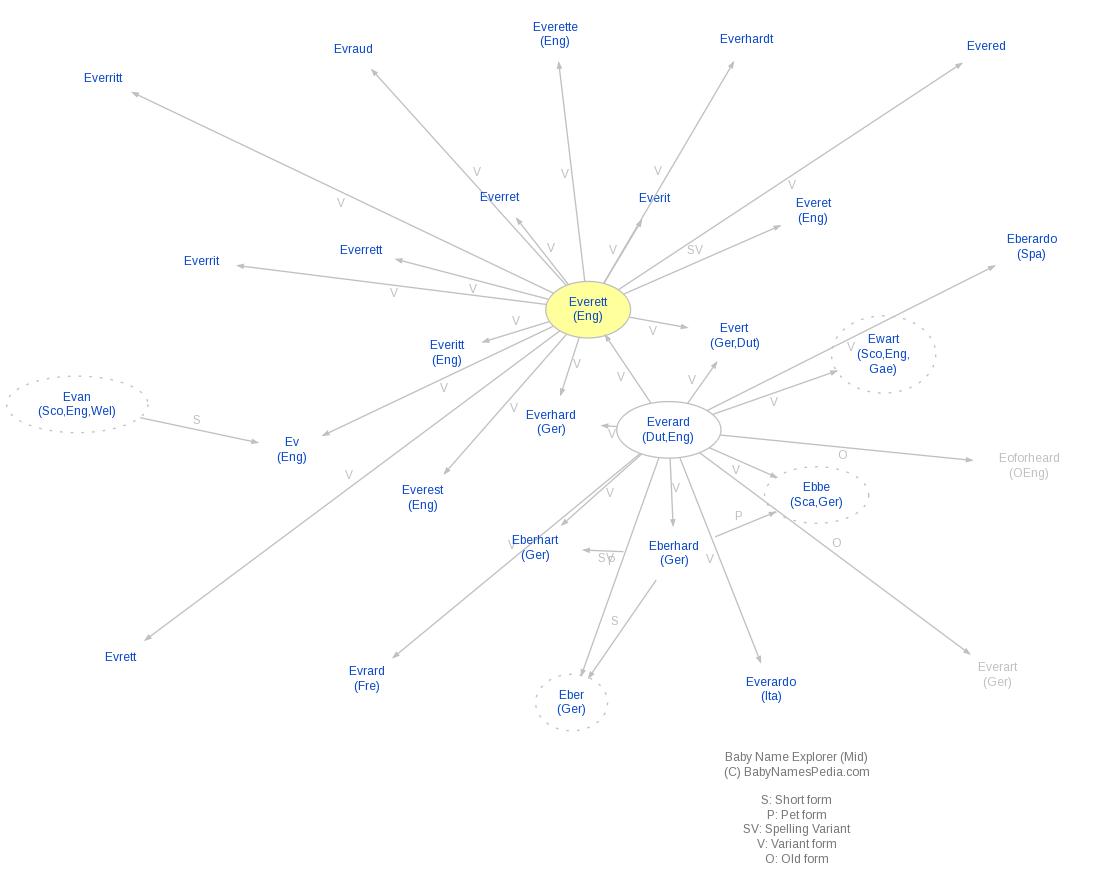