What does Ewing mean?

[ 2 syll. e-win(g), ew-i-ng ] The baby boy name Ewing is pronounced as IY-Wih-NG †. Ewing's language of origin is Celtic and English. It is predominantly used in English. From English roots, its meaning is 'friend of the law'.

In addition, Ewing is a variant of Eoghan (Gaelic, Irish, and Scottish) in the English language.

Ewing is an unusual baby boy name. Its usage peaked modestly in 1902 with 0.008% of baby boys being named Ewing. It was #705 in rank then. The baby name has experienced a decline in popularity since then, and is of only very light use today. Among all boy names in its family, Ewing was nevertheless the most commonly used in 2018. 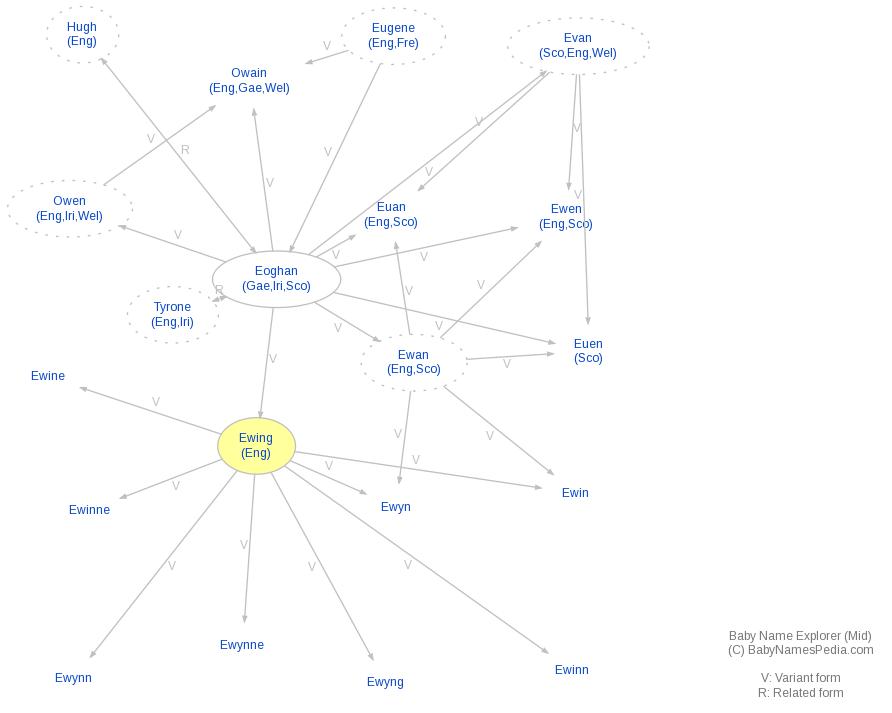