What does Ezekiel mean?

[ 4 syll. e-ze-kiel, ez-eki-el ] The baby boy name Ezekiel is pronounced in English as ih-ZIY-Kiy-ahL or ih-ZIY-KYahL †. Ezekiel is of Hebrew origin and it is used largely in the English language. The meaning of the name is 'God strengthens'. It is a biblical name derived from el meaning 'God, powerful' ; chazaq 'strong, to strengthen'. Yechezqel (Hebrew) is an original form of Ezekiel. The name was borne in the Bible by an important 6th-century prophet who wrote the Book of Ezekiel. Through his vivid visions, he prophesied the restoration of Israel to the Jews during his exile in Babylon. As an English name, it was first adopted by the Puritans in the 17th century. It has become less popular after the 19th century, and is today used mainly by Jews. 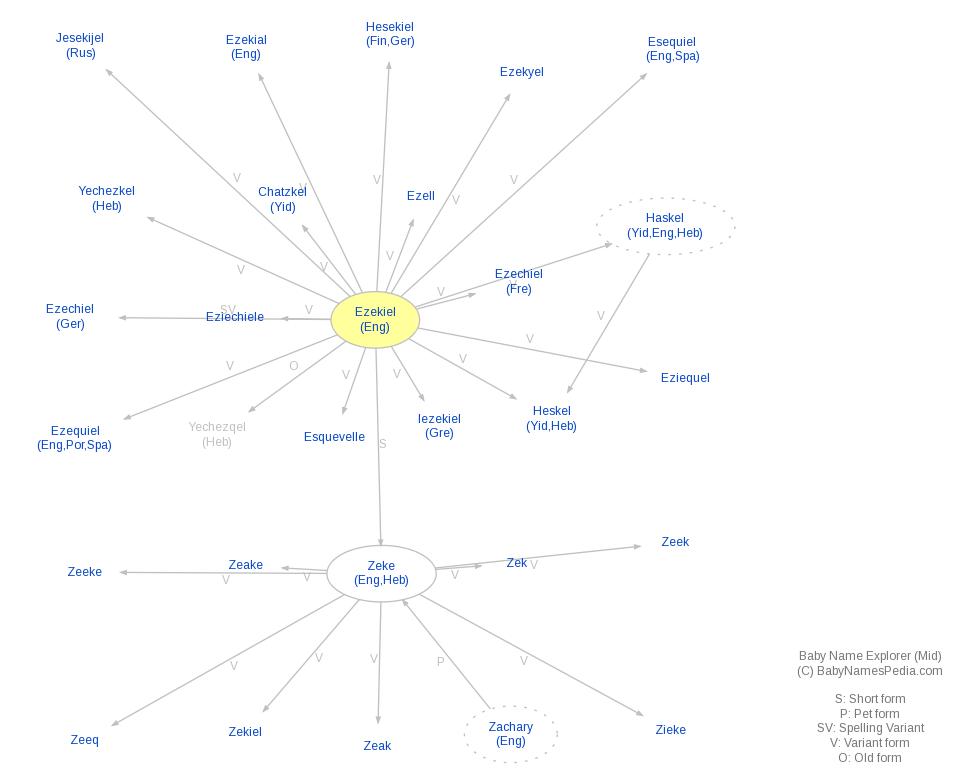