What does Ezequiel mean?

[ 4 syll. e-ze-qu-iel, ez-equi-el ] The baby boy name Ezequiel is pronounced ahZey-Kiy-EHL †. Ezequiel is of Hebrew origin. It is used mainly in English, Portuguese, and Spanish. Ezequiel is a variation of Ezekiel (English).

Ezequiel is rather popular as a baby boy name. The name's popularity has been rising since the 1980s. At the modest peak of its usage in 2018, 0.037% of baby boys were named Ezequiel. It had a ranking of #426 then. Out of the family of boy names directly related to Ezequiel, Ezekiel was the most regularly used in 2018. It was more widely used than Ezequiel by 6 times in that year. 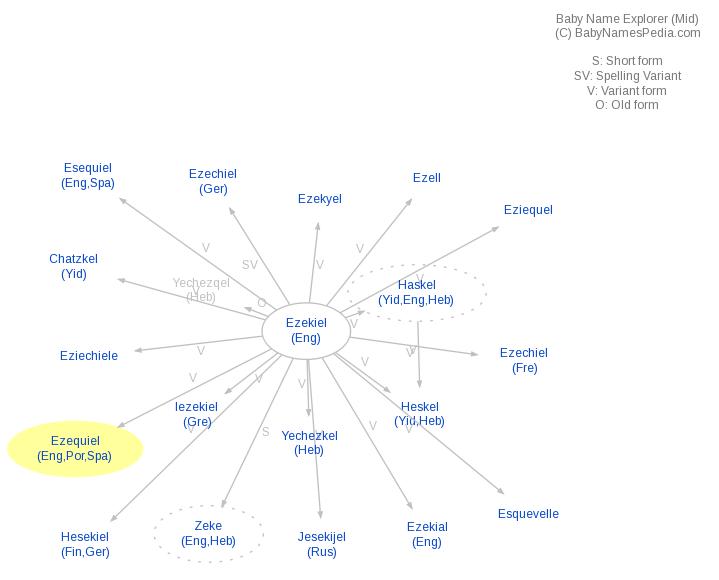