What does Ezio mean?

[ syll. e-zio, ez-io ] The baby boy name Ezio is pronounced EHZiyow †. Ezio's language of origin is Old Greek and it is predominantly used in the Italian language. Aetius (Latin) and Aëtios (Old Greek) are older forms of Ezio. The name is derived from Aëtius, a Roman family name of obscure Etrusk origin, and Aëstios, an Old Greek name from the element aietos. Flavius Aëtius was a 5th-century Roman general who defeated Attila the Hun at the Battle of Chalons; he is the historical basis for the archetypal revolutionary hero Ezio in the Verdi opera Attila (1846), which popularized the name in Italy.

Variant forms share both the origin and meaning of Ezio.

Ezio is an unusual baby boy name. It is not listed in the top 1000. 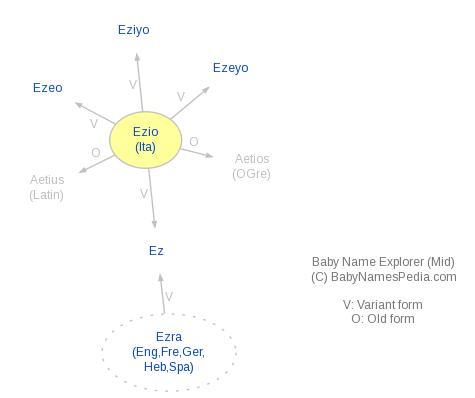